Jewish Groups Slam Un Report On 2014 Gaza War, Call To Rally In Support Of Israel In Geneva Next Monday 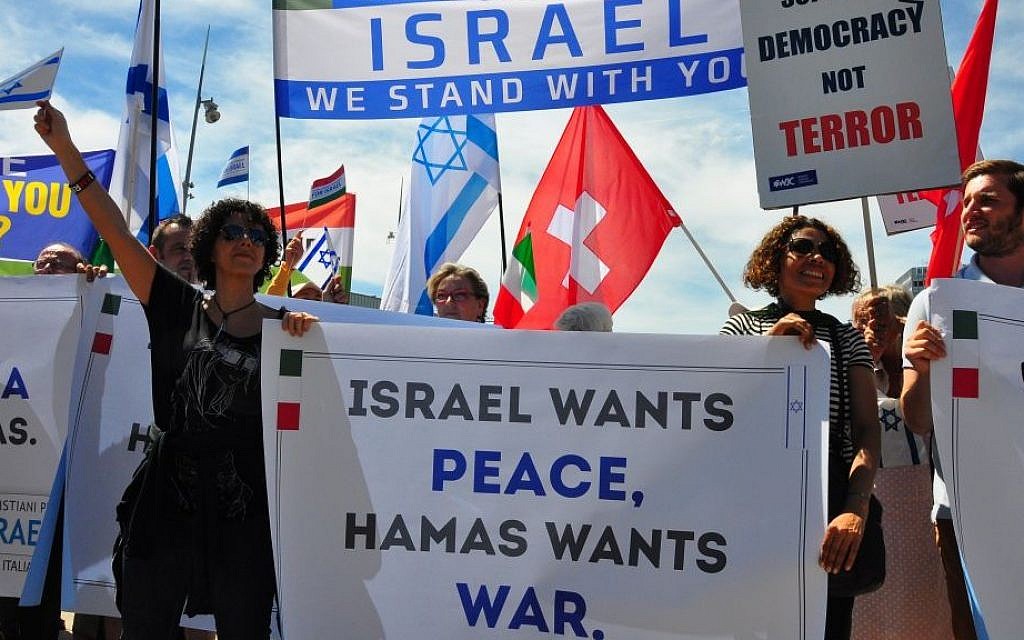 The World Jewish Congress, along with dozens other NGOs will organize a rally at the UN seat in Geneva next Monday in support of Israel and in light of the current wave of unrelenting attacks against Israel’s legitimacy.

Major Jewish groups condemned a report by the United Nations Human Rights Council (UNHRC) that accused Israel and Hamas of committing possible war crimes from either side of the Israel-Gaza border, during last summer’s Operation Protective Edge.

In his highly anticipated 200-page report, it said the UNHRC said ”the commission was able to gather substantial information pointing to serious violations of international humanitarian law and international human rights law by Israel and by Palestinian armed groups.”

For him it is a ‘’further proof that the United Nations is biased against Israel.’’

He placed the blame of the conflict on Hamas which fired 4,800 rockets on Israel.

“The cause of the Gaza conflict last year was the behavior of Hamas and other armed groups in Gaza. Hamas was the aggressor, not Israel. But strangely, Hamas is barely mentioned in this report.”

The World Jewish Congress, along with dozens other NGOs will organize a rally at the UN seat in Geneva next Monday in support of Israel and in light of the current wave of unrelenting attacks against Israel’s legitimacy.

The rally will coincide with the debate of the commission’s report in the Human Rights Council.

“Hamas indiscriminately waged a war of aggression against Israeli civilians while inhumanely exploiting Gaza residents as human shields. Any suggestion of moral symmetry between the actions of Israel and those of the terrorist organization Hamas is a malicious affront to the truth,” the group said in a statement.

“Israel deserves praise rather than criticism,” it said. “During the conflict, Israel risked the lives of its own soldiers to spare civilian lives by providing Gaza residents with advance warning of impending attacks.”

“The Commission was flawed from its inception,” said American Jewish Committee (AJC) Executive Director David Harris. “First, the Council chose as commission chairman Canadian law professor William Schabas despite his having worked for the Palestinian Liberation Organization,” he said, referring to the former head of the committee the UNHRC tasked with studying the Gaza war. Schabas resigned in February, and was replaced by former New York supreme court judge Mary McGowan Davis.

Harris also criticized a line in the report that claims Gaza was occupied territory, along with the West Bank and east Jerusalem. He said Hamas were the true occupiers of the Gaza Strip, since wresting complete control from the Palestinian unity government in 2007.

Abraham H. Foxman, National Director of the Anti-Defamation League (ADL) said the UNHRC ‘’continues to bring shame on itself.’’

‘’The COI on Operation Protective Edge is the latest example in a long string of calumnies against Israel by the Council, reinforcing the inherent bias against Israel and further eroding the credibility of the international response to grave violations of human rights around the world,’’ he said.

‘’The report was illegitimate in its conception, inadequate in its execution and immoral in its conclusions,’’ he said. ‘’ Prime Minister Netanyahu was right in his categorization of the UNHRC doing ‘everything but look after human rights,’’ Foxman added.

European Jewish Congress President Moshe Kantor stressed that “a high level military experts’ inquiry has already stated that Israel went out of its way to minimize civilian casualties and observe international law during last summer’s conflict, even to the point of costing the lives of its own soldiers and citizens.’’

‘’This is the opinion of people who have represented democratic militaries facing non-conventional terrorist and guerrilla entities so their opinion is that of experience and reality,’’ he said, in a reference a reecent report released by The High Level Military Group of 11 high-ranking former military commanders and senior international politicians from around the world. The panel includes the former chiefs of staff of the German, Italian and Spanish armed forces, and the former Commander of British Forces in Afghanistan.

“European governments would do well to heed the expertise of their own military commanders and completely disregard the ‘theatre of the absurd’ that is the UN Human Rights Council, which is hijacked purely for the purpose of keeping the most undemocratic nations off the international agenda,” said Kantor.

“The report is biased. The commission that wrote it is under a committee that does everything but protect human rights,” he said.

The Prime Minister pointed to the disproportionate number of denunciations of Israel the UNHRC releases, compared to violators like Iran and North Korea.

“Israel defends itself according to international law and we are not the only ones to say so,” he added. “That statement is backed by a report by senior generals from the US and Europe. One general said no other country [than Israel] makes such efforts to uphold the law.”

Netanyahu vowed that Israel will not be deterred from striking those who try to harm it, in accordance with international law.

The Israeli foreign ministry issued a measured response to the UNHRC report, saying that it will “study” the report, criticizing the process that led to the report, and the body that sanctioned it, rather than the report itself.

This contrasts greatly with the Israeli response in 2009 to the Goldstone report that investigated Operation Cast lead in 2008-2009, when the Foreign Ministry issued a statement at the time saying it was “appalled and disappointed” by that report which it said effectively ignored Israel’s right to self defense.