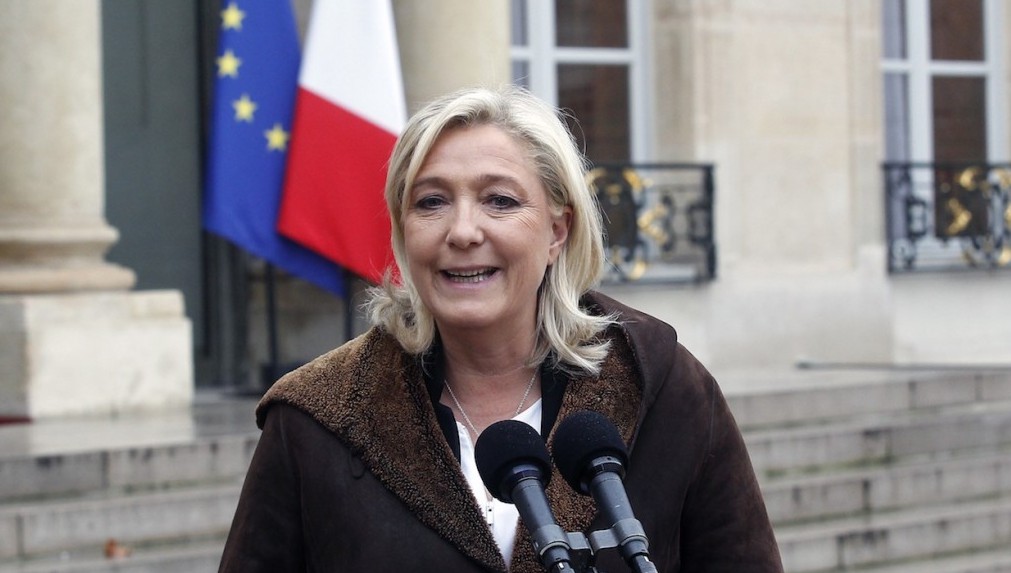 The leader of a European Jewish organisation met Wednesday with French extreme-right figure Marine Le Pen, who heads the newly-formed Europe of Nations and Freedom political group in the European Parliament.

The meeting took place in Strasbourg where the European Parliament holds its monthly plenary session.

Vadim Rabinovich, Chairman of the European Jewish Parliament, said after the meeting – which took place in the framework of a roundtable discussion with other representatives of Le Pen’s new extreme-right group- that the French politician made clear that anti-Semitism ‘’is not acceptable.’’ “We have had a constructive dialogue where we accepted the need to combat anti-Semitism, and I believe she is sincere about this,” he said.

“Only dialogue can lead to progress, and because Ms. Le Pen has confirmed that anti-Semitism is not acceptable,” Rabinovich, who is also a member of the Ukrainian parliament, explained.

The decision to meet with Marine Le Pen, who is shunned by most Jewish leaders in Europe, was taken during the General Assembly of the European Jewish Parliament, a 120-member body from 45 countries in Europe, which convened last month in Kiev.

‘’There was an extensive discussion about a dialogue with her. There was a democratic vote and a big majority voted in favor of this dialogue,’’ a member of the parliament told EJP.

The idea behind this meeting was the need to start a dialogue with her because this will help fight anti-Semitism. But it was reportedly conditional on Marine Le Pen making an unequivocal statement regarding anti-Semitism.

Since she took over the leadership of the anti-immigrant and anti-EU Front National, which is today the third largest political party in France, Marine Le Pen has tried to soften the image of the party and to distance herself with the anti-Semitic statements made by her father Jean-Marie Le Pen, the party’s founder, who has been convicted multiple times for inciting racial hatred and said that the gas chambers used to kill Jews in the Holocaust were “merely a detail in the history of the Second World War.”

Earlier this year, the leader of CRIF, the umbrella group of French Jewish organisations, Roger Cukierman, declared that while Marine Le Pen “cannot be faulted personally,” her party is to be avoided because it harbors Holocaust deniers, all the supporters of Vichy and of Philippe Pétain, those who collaborated with the Nazis.’’

Marine Le Pen has never been invited to the CRIF annual dinner event as are all other French political leaders.

“That any European Jew would ever consider themselves available to fig-leaf racists and anti-Semites is shocking in the extreme,” he said in a statement.

“The European Jewish Congress has always stood in strong opposition to all forms of scapegoating, extremism and intolerance. European Jews will not whitewash European racism. We expect no less from MEP’s in the European Parliament.” Kantor said.

Levi Matusof, a French-born rabbi from Paris, announced his resignation from the European Jewish Parliament shortly after the Strasbourg meeting, calling it “opportunistic and inappropriate.” ‘’One cannot deal with the Front National party. It’s only on the long term that this party will proof that it broke with the ideology on the basis of which it was founded,’’ he said.

Another member of the European Jewish Parliament from France, Roger Fajnzylberg, also condemned the meeting, calling it ‘’a political fault.’’