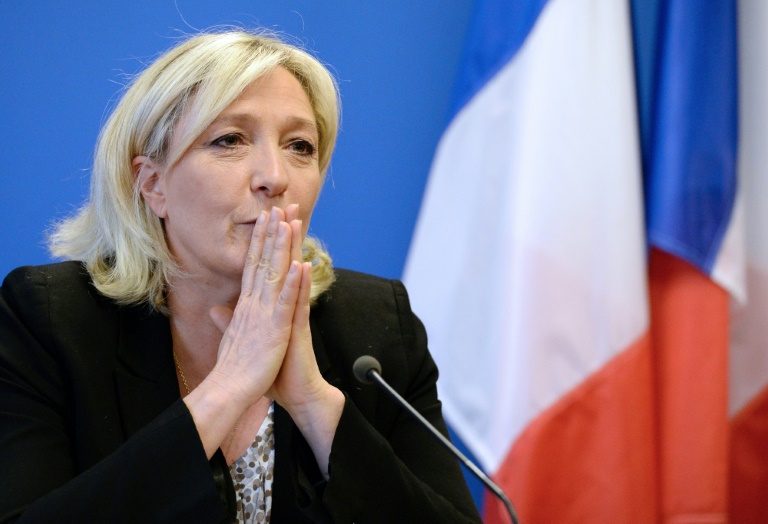 The Ukraine-born oligarch who founded the European Jewish Parliament met with Marine Le Pen, a far-right leader in France who is shunned by many Jewish groups worldwide.

Wednesday’s meeting between Vadim Rabinovich and Le Pen was in the framework of a roundtable discussion that Rabinovich held in Strasbourg, France, with 10 representatives of the Europe of Nations and Freedom bloc of nationalist parties chaired by Le Pen, who heads the National Front, the third largest party in France.

The European Jewish Congress condemned Rabinovich, who is a lawmaker in Ukraine, for meeting with Le Pen.

“That any European Jew would ever consider themselves available to fig-leaf racists and anti-Semites is shocking in the extreme,” its president, Moshe Kantor, said in a statement.

EJC has criticized the European Jewish Parliament, which Rabinovich co-founded in 2012 and now leads, and disputed its claim to represent European Jewry.

Levi Matusof, a French-born rabbi and a member of the European Jewish Parliament’s 120-member board, resigned shortly after the meeting in Strasbourg, which he said was “opportunistic and inappropriate.”

But in an interview with JTA, Rabinovich defended his decision to meet Le Pen because “only dialogue can lead to progress, and because Ms. Le Pen has confirmed that anti-Semitism is not acceptable.”

The Europe of Nations and Freedom Bloc includes members of the European Parliament from the Austrian FPO party, a group with a history of Holocaust denial, Nazi collaboration and racist statements, as well as the Flemish nationalist Vlaams Belang and other groups with a similar history and ideology.

Le Pen has tried to soften the image of the National Front in part by distancing the party from its founder – Le Pen’s father, Jean-Marie – who has been convicted multiple times for inciting racial hatred and once famously claimed that the gas chambers were but a “detail” of World War II. National Front has made inroads in the Jewish community.

In February, Roger Cukierman, president of the CRIF umbrella of French Jewish groups, said that while Marine Le Pen “cannot be faulted personally,” there is a consensus in the Jewish world that “there are all the Holocaust deniers, all the supporters of Vichy and [Philippe] Petain” behind her.

“She is not her father,” Rabinovich said of Marine Le Pen. “We have had a constructive dialogue where we accepted the need to combat anti-Semitism, and I believe she is sincere about this.”

In 2011, the French Jewish radio station Radio J was pressured by other Jewish groups into canceling an interview with Marine Le Pen.

Iosif Akselrud, a Ukrainian member of the European Jewish Parliament, said that Rabinovich raised the issue of meeting with Le Pen at a plenary session of the group, “and a majority of deputies, about 90 percent, said we should start a dialogue with her because this will help fight anti-Semitism. So this meeting is according to the agreed-upon EJP policy.”