European Leaders On ‘Anti-Semitism And The Jewish Problem’ 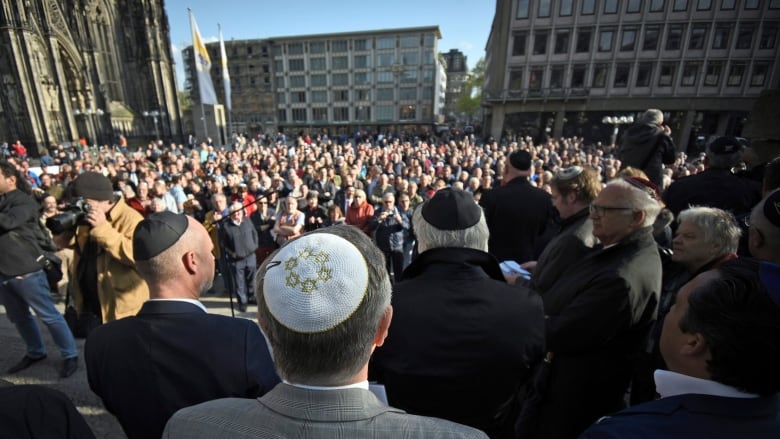 Lack of education’ is the major cause of European anti-Semitism, says one politician, while another says “more dialogue” is needed

Lack of education about Israel is the major cause of anti-Semitism in Europe, according to Fulvio Martusciello, who chairs the European Parliament’s delegation for relations with Israel.

Martusciello is a top Italian politician and a Member of the European Parliament. “The biggest problem is Europe,” he told London’s Jewish News last week, “is that Europeans don’t know anything about Israel.’’

“When they don’t know anything about Israel, they criticize without realizing what Israel is,” he continued. “The solution for this is education. We must give a better image of Israel in institutions and make it better known, not only to the public but to MPs and politicians as well.”

At the same time, European Jewish Parliament Chairman Vadim Rabinovich met last week with Marine Le Pen, leader of the Europe of Nations and Freedom group, and said afterwards that what “Europe needs today [is a] new dialogue … in order to preserve peace and tolerance and combat anti-Semitism in Europe.”

“Dialogue both with the right and with the left and the centrists of Europe will certainly help ensure that Jewish life here will become more secure,” said Rabinovich, a lawmaker in Ukraine, “and that the fight against anti-Semitism will be carried out even more tightly, firmly and resolutely.’’

But Rabinovich insisted that he and Le Pen had issued a joint statement saying that “anti-Semitism today is the cancer of Europe.” He insisted that dialogue with elements such as Le Pen and others of her ilk are valuable.

Back to Martusciello: He criticized the recent UN report on the conflict in Gaza that berated Israel, and said it “does not put Hamas at least on the same level. We have to be strong to counter Palestinian narrative and to make it at the same level to push for the truth.”

Martusciello, who visited Israel last week with other European MP’s, said that marginalizing and fighting the growing far-right parties must be done while “push[ing] for a stronger relationship between the EU and Israel. This will help to fight anti-Semitism.”

Meanwhile, a 13-year-old boy wearing a kippah in the 19th district of Paris was beaten by a band of six youths described as being of ”African origin” last Monday. The attack occurred as the boy left his Jewish school. This was the same area where a Jewish teacher was savagely beaten by three North African anti-Semitic assailants last year, and where other anti-Semitic attacks have occurred.