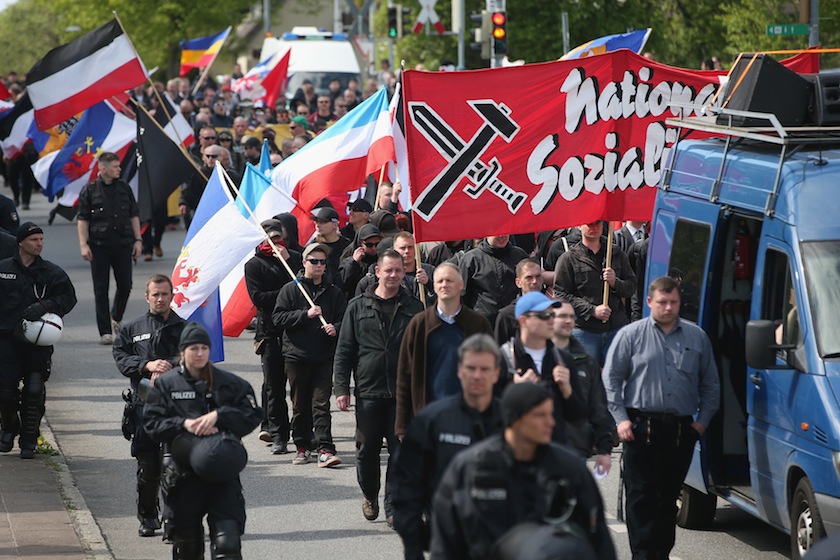 Right-wing European political parties are seeking to sow religious discord in Europe by approaching Jewish organisations in a bid to form an anti-Islamic alliance.

Speaking to Newsweek on condition of anonymity, a senior figure in one of Europe’s largest Jewish organisations has revealed that their group has been approached in the past year by MEPs, including members of the Austrian Freedom Party, seeking to create a coalition to combat the rise of Islam in Europe. They emphasized that all approaches had been flatly refused.

Now the source says that far-Right’s rapprochement with Jewish groups is far from new as politicians from various parties have attempted to court their group, offering to “be friends with Jews” if Jewish groups “help us in our fight against Muslims”.

“One of the arguments they used is to say: ‘You know, those who try to fight you [Jews], they are the exact same people that we try to fight against, so you have to understand our fight and join us and together we will hate them’. But we have nothing against Muslims,” says the Jewish source.

The senior Jewish figure says that far-Right parties are seeking “a certificate of honesty” for their Islamophobic campaigns by attempting to get Jewish organisations on board.

Representatives from the Austrian Freedom Party were unavailable to comment on the allegations.

In a meeting chaired by Le Pen last Wednesday, Rabinovich met with 10 representatives of the Europe of Nations and Freedom, a bloc of nationalist parties in the European Parliament formed in June.

The bloc includes the Austrian Freedom Party, whose current leader Heinz-Christian Strache was criticised for posting a cartoon perceived as anti-Semitic on his Facebook page. The party’s former leader, Jörg Haider, who died in a car crash in 2008, previously described the Nazi concentration camps as “penal camps” and referred to SS officers as “upstanding men of character”.

Along with the Front National and former Ukip MEP Janice Atkinson, the bloc also includes Italy’s Northern League, whose leader Matteo Salvini has vehemently opposed the building of more mosques in the country, despite there being only a handful of places of worship for the country’s 1.5 million Muslims, and the Party for Freedom, a Dutch right-wing party led by Geert Wilders, who said earlier this year that Europe is “at war” with Islam after terrorist attacks in Paris killed 17 people.

The meeting drew criticism from prominent Jewish leaders and led to one member of the EJP, French rabbi Levi Matusof, resigning after the meeting which he called “opportunistic and inappropriate”.

The European Jewish Association, which claims to be the biggest federation of Jewish organisations in Europe, said that the EJP risked “magnifying the problem” of anti-Semitism by “giving a platform to those seeking to spread messages of hate”.

In a statement on the EJP’s website, Rabinovich said he was “very surprised” by the negative reaction from other Jewish groups.

“The meeting with the [Europe of Nations and Freedom] opens the new dialogue, which, in our firm conviction is what Europe needs today – a dialogue of everybody with everyone, in order to preserve peace and tolerance and combat anti-Semitism in Europe,” said Rabinovich.

He added that a joint statement with Le Pen had condemned anti-Semitism as “the cancer of Europe”.

The EJP was founded in 2011 by Rabinovich and another Ukrainian Jewish billionaire, Igor Kolomoisky. Upon its foundation, it was criticised for including famous persons such as David Beckham and Stella McCartney in its original batch of election candidates. The elections were announced online without many candidates being informed.

Newsweek contacted Janice Atkinson, an independent MEP formerly of Ukip and the vice-president of the Europe of Nations and Freedom, for details about last week’s meeting, specifically whether the topic of Islam was discussed, but received no reply.