Nazi Book-Keeper Sentenced To Four Years In Prison For Genocide 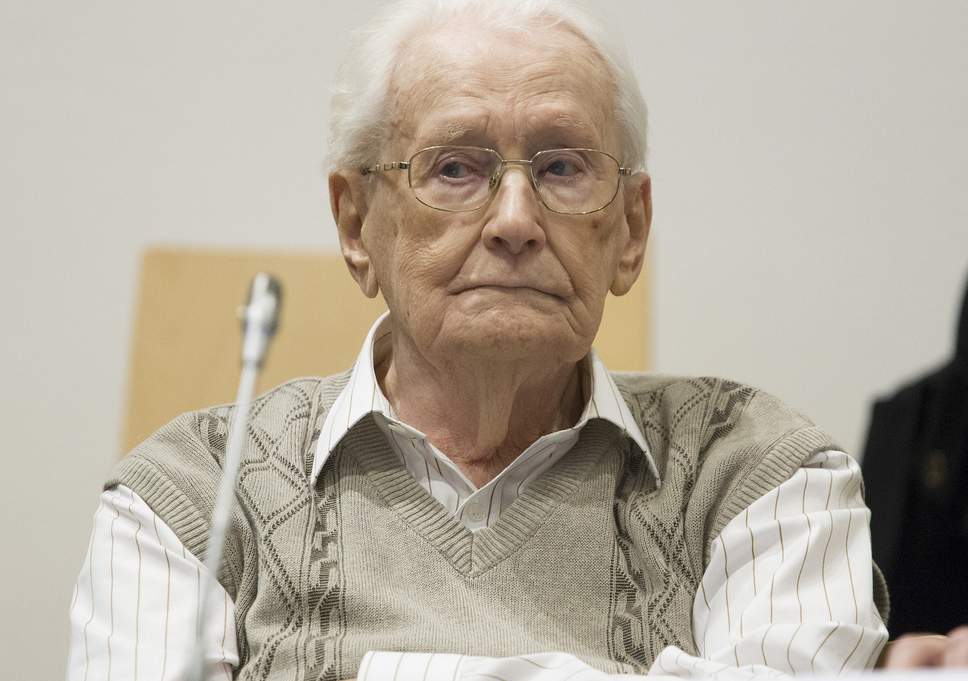 Oskar Groening, a former SS officer who became known as the Bookkeeper of Auschwitz, has been sentenced to four years in jail for facilitating the mass murder of over 300,000 people, a German court has ruled.

Groening has never denied that he had served at Auschwitz, and has previously accepted “moral” guilt for his crimes – but strenuously denied criminal responsibility, arguing that he was not directly involved in the killings.

As the case concluded yesterday, Groening seized a final opportunity to address the judge. Asking the court for mercy, he said he was “very sorry” for his time stationed at the Nazi death camp, adding: “No one should have taken part in Auschwitz,” BBC News reports.

However the judge ignored his plea, handing Groening a sentence that means 94-year-old is likely die behind bars.

Groening was accused of 300,000 counts of accessory to murder in the cases of Jewish people sent to the gas chambers between May and July 1944.

The court heard harrowing testimony by a number of Holocaust survivors, who are also co-plaintiffs in the case.

Groening served as a bookkeeper at Auschwitz, sorting and counting the money taken from those killed or used as slave labour, collecting cash in different European currencies, and shipping it back to his Nazi bosses in Berlin.

His defence team argued that he did not facilitate genocide, but the prosecution argued that by helping the camp run smoothly, he was integral to the Nazi’s plan and culpable for the deaths.

Unlike other Nazis who have been made to face their crimes, Groening had previously discussed his role at Auschwitz publicly, saying he was speaking out in order to silence those who deny the Holocaust took place.

“I saw the gas chambers. I saw the crematoria,” he told the BBC during a 2005 documentary.

Dr Moshe Kantor, President of the European Jewish Congress, said of the ruling: “We welcome today’s verdict and the historic significance of the trial of Oskar Groening, and the opportunity it provides for to educate a generation that is all too distant from the horrors of the Holocaust.

More than one million people, most of them European Jews, died between 1940 and 1945 in the Auschwitz-Birkenau camp in Nazi-occupied Poland.

Earlier this year, former Deputy Prime Minister Nick Clegg became the first senior politician to back the inclusion of gay victims of Nazi persecution in a national Holocaust memorial.

Speaking to PinkNews on Holocaust Memorial Day, the Lib Dem leader paid a moving tribute to the gay victims of the Nazis and to the pink triangle which he said has evolved from “a badge of shame” to “an international symbol of freedom and pride”.