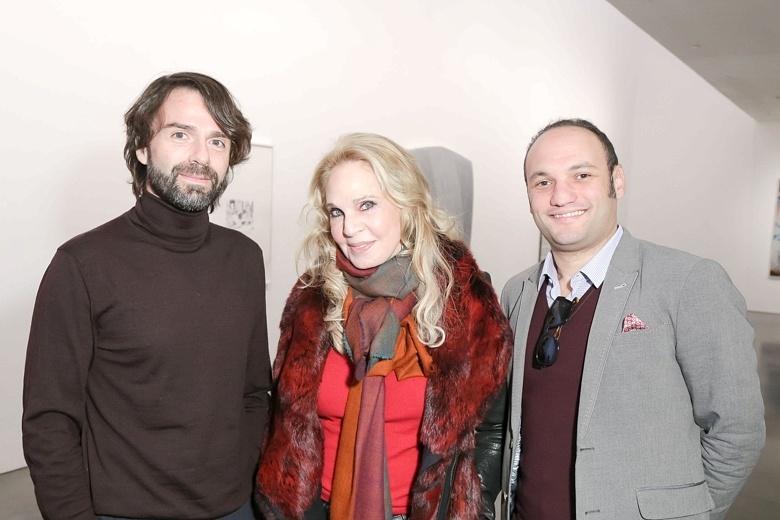 The secretive club of super-rich art collectors based in Britain has expanded to include a glamorous interior designer and a fertiliser billionaire, but there is no longer room for Damien Hirst, according to the latest power list of the global art market.

Yassmin Ghandehari and her husband, Sasan, are among three London-based new entries to the Artnews top 200 collectors list, which has monitored the most influential collectors since 1990. The couple owe their fortune to Hourieh Peramaa, Mr Ghandehari’s mother, a property tycoon who reportedly built her empire from nothing after fleeing from Kazakhstan to Iran.

Mrs Ghandehari’s name appears on lists of patrons of Tate who give more than £10,000 a year and on the advisory board for the auctioneer Sotheby’s, as well as the development council for the University of the Arts, London. Artnews describes her art purchases as “impressionism, postwar and contemporary”, though she has never publicly acknowledged owning any particular works. Her husband told The Times yesterday that his favourite work the couple had bought recently was Cy Twombly’s Untitled (Bolsena).

She was joined on the list by Sheikh Hamad bin Jassim bin Jaber al-Thani, who is responsible for buying art on behalf of the Qatar Investment Authority, and Viatcheslav Moshe Kantor, who uses his fortune from the Acron fertiliser company to acquire pictures for the Museum of Avant-Garde Mastery in Moscow. Mr Kantor, president of the European Jewish Congress, likes Russian artists of Jewish extraction such as Marc Chagall and Chaim Soutine.

The collectors on the list are increasingly interested in modern and contemporary art. The proportion of the top 200 who collect Old Masters has declined from 19 per cent in 2004 to 10 per cent this year, as old money gives way to new billionaires with more modern tastes. The list features 14 people or couples who are based partly or wholly in London, the highest number since 2008.

Hirst, who has used his estimated £200 million fortune to amass a large collection of contemporary art, is no longer considered among the top 200 most active collectors, after being a feature of the list since 2008. He has recently turned his attention towards displaying art he owns at a private gallery in Lambeth, south London, which will be free to the public. His Newport Street Gallery, announced last month, will open in October with an exhibition devoted to John Hoyland.

He follows Lord Lloyd-Webber, who disappeared from the list in 2013 after more than ten years of collecting 18th, 19th and 20th-century works with an emphasis on pre-Raphaelite paintings.

Newer additions to the list include Tiqui Atencio Demirdjian, a Venezuelan-born collector who sits on acquisition committees for Tate Modern and Guggenheim, New York, and Kemal Has Cingillioglu, a Turkish financier who is on the advisory board of Christie’s Europe. Last year Mr Cingillioglu reportedly bought Twombly’s Untitled (Rome)at Christie’s for £2.8 million and sold an Andy Warhol portrait of Elizabeth Taylor at Sotheby’s for £2 million.