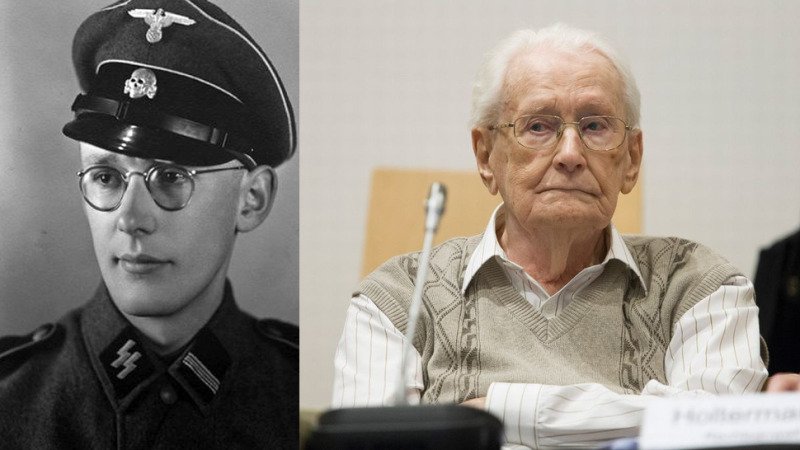 More than a million people, mostly Jews from across Europe, were killed at the huge Auschwitz-Birkenau complex between 1940 and 1945.

“SS members such as Groening who took part in the murder of our families have created lifelong and unbearable suffering for us”, they said in a statement. “I sincerely regret that I did not recognize that earlier”.

Groening has long been open about his role in the camp and has been interviewed in newspapers and magazines. Several Holocaust survivors, including Susan Pollock and Ivor Perl, who were both taken to the camp as children, testified against him.

Groening was sentenced to four years in prison, which may seem woefully inadequate considering the crimes of his past.

The trial was held in the northern German city of Lueneburg.

The charges against him relate specifically to a period between May and July 1944 when 137 trains carrying about 425,000 Jews from Hungary arrived at the camp.

Its latest “most wanted” report lists ten individuals, including Groening. Groening previously spoke to BBC in a documentary saying that he did see the gas chambers at the notorious concentration camp.

Dr Moshe Kantor, President of the European Jewish Congress, said of the ruling: “We welcome today’s verdict and the historic significance of the trial of Oskar Groening, and the opportunity it provides for to educate a generation that is all too distant from the horrors of the Holocaust”. There is speculation as to whether Groening will actually serve his sentence in prison in full, due to his age.

This trial helped answer the question of whether people who did not actively participate in the mass murder of 6 million Jews that happened during the Holocaust – but were still small parts oiling the great genocide’s machine – should be considered guilty of war crimes.

The four-year sentence, determined by the judge, exceeded the prosecution’s request for Gröning to be sentenced to three-and-a-half years, leaving many surprised at the verdict. Prosecutors said that amounted to helping the death camp function.

“What you consider to be moral guilt and what you depict as being a cog in the wheel is exactly what lawmakers view as being an accessory to murder”, said Kompisch.

Germany has mounted a last push to bring Nazi criminals to justice, but the suspects and fugitives are aging and many have died.

“It should be viewed in his favour that he faced up to the proceedings of a trial”, he said.

Zuroff told CNN that he would file a formal complaint next week against a Danish citizen for crimes allegedly committed in Belarus. “I agree with that”, he said.

But simply proving that Demjanjuk had been a guard at the camp became enough for a conviction.