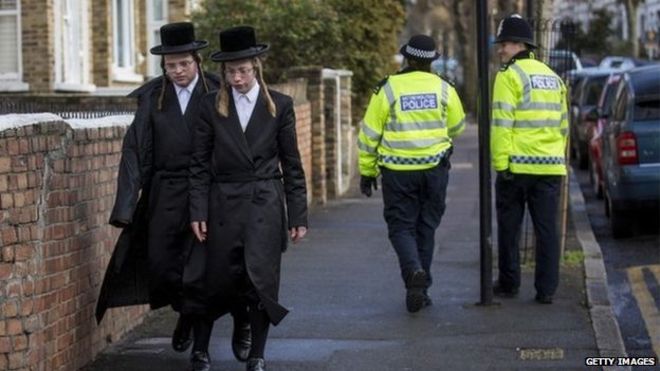 The number of anti-Semitic incidents in Britain rose by more than half in the first half of the year, according to a charity that tracks malicious acts against the UK’s Jewish community.

The charity said that based on analysis of the timing, content and sources of the incidents, the primary explanation for the rise is a greater willingness by people to report anti-Semitism to CST or the police.

The increase mainly occurred in January, February and March, when “British Jews felt especially concerned by anti-Semitism, seeing awful terrorist attacks in Paris and Copenhagen; and experiencing sustained local, national and global media coverage of the subject of anti-Semitism.”

CST classifies as an anti-semitic incident as any malicious act aimed at Jewish people, organisations or property where there is evidence that the victims were targeted because they were Jewish.

During the first half of 2015, there were 44 violent anti-Semitic assaults, two of which were classified as “extreme violence”, meaning they involved grievous bodily harm or a threat to life.

There were 35 incidents of damage to Jewish property, 36 direct anti-Semitic threats and five cases of mass-mailed anti-Semitic leaflets or emails.

The most common single type of incident was random, spontaneous, verbal anti-Semitic abuse. Social media sites such as Twitter were also a big source of abuse.

Dr Moshe Kantor, president of the European Jewish Congress, said: “Today’s worrying figures are further evidence that new legal measures are needed to tackle hate and extremism in the UK and across Europe.

“This is why we are very supportive of the Government’s actions on Islamic radicalism and we are also calling for anti-Semitism to be categorised as a specific crime.”