After Anti-Semitic Attacks In Manchester And Amsterdam, EJC President Kantor Calls On E.U. To Enact Tougher Laws To Clamp Down On Anti-Semitism 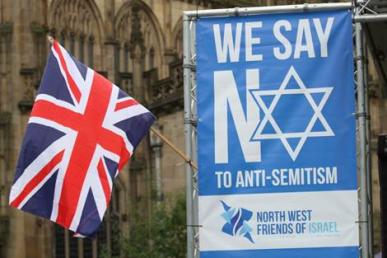 The European Jewish Congress (EJC) has called on European governments and law enforcement agencies to enact tougher laws and punishments for racist and anti-Semitic attacks after a British Jewish teen was beaten unconscious only a few days after two Holocaust survivors were brutally attacked in their Amsterdam apartment.

“Europe is rightly talking a lot about the lessons learnt from the Second World War in relation to the refugee crisis,” said EJC President Moshe Kantor. ‘’However, another lesson is that when Jews are beaten in broad daylight on our streets and in homes, then European tolerance is clearly on the wane.”

He added, “Unfortunately, as usual, the Jews, unwillingly, act as a canary in the coalmine for Europe and these attacks are demonstrating once again that Jews are made to feel unsafe around the continent.”

“A message needs to be sent very clearly that hate crimes will come with a maximum penalty and violence against minorities will be dealt with severely by the authorities,” Kantor continued.