Two Arrests Made After ‘Brutal’ Anti-Semitic Attack In Manchester 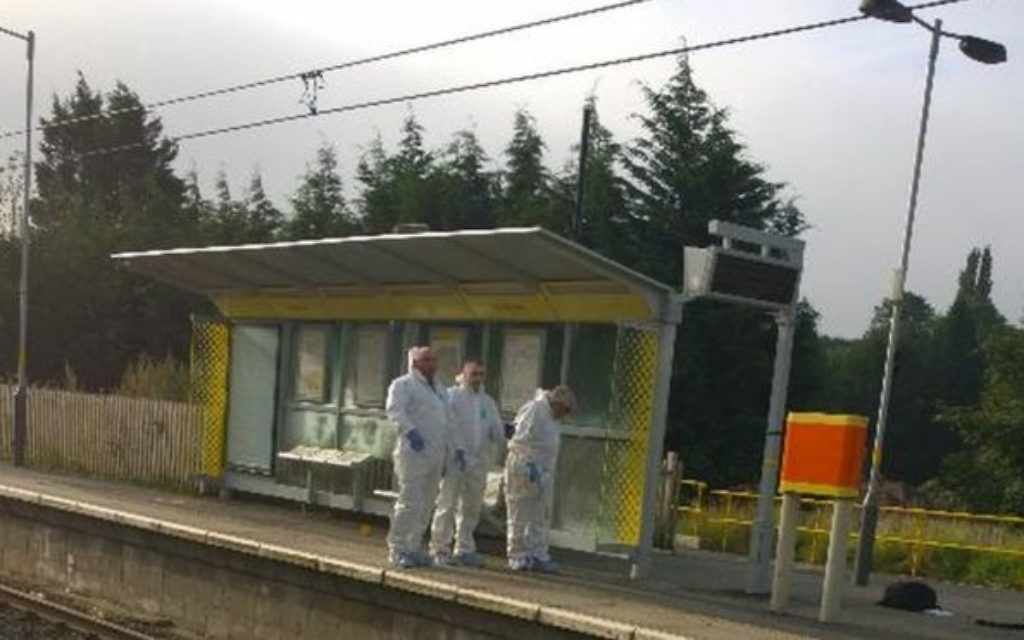 Two teenage boys have been arrested following a brutal anti-Semitic attack in Manchester, which left one boy unconscious with serious head injuries.

Two 17-year-old boys were arrested in Whitfield and Derbyshire ‘on suspicion of causing grievous bodily harm and violent disorder’ during an attack on September 7, according to the CST (Community Security Trust).

The offenders were alleged to have approached three men and a boy at a tram station in Bury, and both verbally and physically assaulted them.

Police are treating the assault as an anti-Semitic hate crime and are still appealing for potential witnesses to come forward to assist enquiries.

Detective Inspector Liam Boden of GMP’s North Manchester Division said “We have had a team of officers working closely with our partners to recover and examine evidence since the offence took place, which has revealed a sustained and unprovoked attack on the victims who were waiting for a tram on the opposite platform.“

Boden continues: “I know this crime has caused upset and anxiety in the Jewish community, particularly as this has happened just prior to the start of the Jewish High Holy Days, and I want to offer reassurance that hate crime will not be tolerated and we will do everything we can to stop it. For the past few weeks, we have been working closely with the community and Community Security Trust to put in place extra measures in the lead up to the High Holy Days period, with plans already in place to step up patrols in the area and increase security over the coming weeks.”

Amanda Bomsztyk, Northern Regional Director of the Community Security Trust (CST) said: “We would like to thank Greater Manchester Police for its prompt action in this particularly serious and worrying incident. There is far too much antisemitic abuse and violence, and we hope these arrests will send a strong message, providing some reassurance to the Jewish community.”

Anyone with information is asked to call police on 101 or the independent charity Crimestoppers, anonymously, on 0800 555 111. You can also report via the dedicated hate crime reporting website http://www.report-it.org.uk.

At the time of the incident, members of the community reacted with shock.

Board Vice President Marie van der Zyl said: “We were horrified to hear of the horrific antisemitic attack on four young men on a tram in Manchester. This was a brutal, unprovoked and cowardly assault and we hope and expect that the culprits will feel the full force of the law. We send our thoughts and prayers to those injured and to their families.”

Communities Minister Baroness Williams of Trafford said:“Anti-Semitism and hate crimes of any sort are totally unacceptable. I am appalled to hear of this weekend’s attack in Manchester and would urge anyone with information to come forward.

“Let me be clear, this Government takes fighting anti-Semitism and anti-Muslim hatred seriously and anyone found guilty of these vile crimes will feel the full force of the law.”

Jonathan Sacerdoti, Director of Communication at Campaign Against Antisemitism said: “Attacks like this are a horrific reminder of how seriously the government and the police must take rising in antisemitism. We continue to call for the full force of the law to be applied in all cases of antisemitism, whether they are physical, violent, verbal, written or in any other form. When Jewish people are attacked going about their everyday lives, in this case waiting for a tram, things have definitely gone too far. Our thoughts and prayers are with those who were attacked, who we wish a speedy recovery. It is essential that the attackers must now be arrested and swiftly and properly punished.”

Dr. Moshe Kantor, President of the European Jewish Congress said: “Europe is rightly talking a lot about the lessons learnt from the Second World War in relation to the refugee crisis. However, another lesson is that when Jews are beaten in broad daylight on our streets and in homes, then European tolerance is clearly on the wane.”

Kantor continues: “A message needs to be sent very clearly that hate crimes will come with a maximum penalty and violence against minorities will be dealt with severely by the authorities,”

Shocking figures released by the CST in March showed that anti-Semitic incidents in Manchester had risen nearly 80 percent over the past 12 months, although much of this was put down to Israel’s war in Gaza. Security was stepped up at schools and synagogues across the city after Jews were targeted in Paris in January.