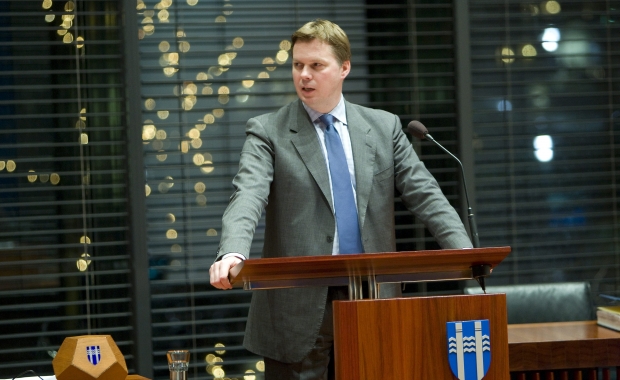 The decision by the Reykjavík City Council on Tuesday to direct city agencies not to purchase Israeli made goods has not only caused an international controversy. The decision is also hotly contested in Iceland.

All representatives of the four party left wing majority in the City Council voted in favour of the motion, while the opposition parties voted against it. The majority coalition is made up of nine councilmembers from the Social Democratic Alliance, Bright Future, a successor party to the Best Party, founded by comedian Jón Gnarr, The Left-Green Movement and the Pirate Party, with six councilmembers from the centre-right Progressive party and conservative Independence party in opposition.

Kjartan Magnússon, of the conservative Independence party, was one of the city council members who voted against the motion. Kjartan tells Iceland Magazine he is very critical of the hypocrisy he feels the motion betrays. If the city intended to boycott countries based on their human rights record it had to show consistency and “especially boycott countries where human rights violations are committed on a much more extensive scale.”

“For example, when we have a mayor who champions a boycott against one country with human rights arguments, but sees no problems doing business with China, which commits the majority of human rights violations in the world, accepting invitations by Chinese authorities to visit that country on more than one occasion.”

Kjartan added he felt it was important that people knew the decision by the City Council was not unanimous: “It most certain has its opponents”, he stressed. In his speech at the City Council meeting on Tuesday, Kjartan argued free trade was a more powerful tool to further human rights than boycotts, pointing to the decades-long US boycott of Cuba as an example of the ineffectiveness of boycotts.

In an interview with the Icelandic National Broadcasting Service Halldór Halldórsson, the leader of the Independence party in Reykjavík City hall, criticized the majority parties of formulating an independent foreign policy for the city. He added it was “not a very good foreign policy”.

Read more: Boycott of Israeli goods by Reykjavík City stirs up a controversy: A “Volcano of Hate”

The mayor of Reykjavík, Dagur B. Eggertsson, rejected the criticism, arguing the city did not have its own foreign policy, “No, but we do have a very clear policy with regards to human rights.”

The Israel National News reports that the European Jewish Congress has announced it is considering suing the Reykjavík City Council over the motion. The news site quotes Dr. Moshe Kantor, President of the EJC as describing the decision as a potential violation of international law and treaties.

“This is clearly a discriminatory move and we have already sought advice that it might break international law and treaties“. He also suggested the move might be motivated by anti-Jewish sentiment: “Once again we see one nation, over all others, subjected to a ban and boycott, and we would like to ask those that sought this boycott if it is a mere coincidence that this nation also happens to be only Jewish nation in the world.”