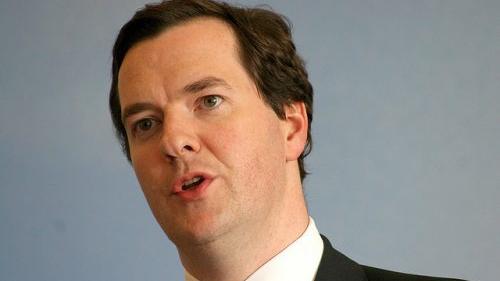 Experts have rounded on Chancellor George Osborne’s decision to lead a business delegation to Iran next year.

British and Israeli researchers say that Mr Osborne is prioritising trade over Iranian human rights abuses and the ongoing threat the county poses to the Jewish state.

The UK was among six countries that, in July, agreed to lift sanctions against Iran in exchange for checks on its nuclear programme.

At the time, Israeli Prime Minister Benjamin Netanyahu called the deal a “historic mistake” and said that it “paves Iran’s path to the bomb”.

But this week, Mr Osborne said he would visit Iran if its leaders stood by the agreement.

“Assuming that Iran honours the nuclear deal and it’s properly verified, I think there will be growing potential to do business with Iran,” he said.

“Next year I would love to lead a proper, economic and trade delegation to Iran.”

The move is likely to be seen as a step towards building relations between the UK and Iran, which holds 9.3 per cent of the world’s oil reserves and 18.2 per cent of the natural gas reserves.

But nuclear scientist Ephraim Asculai, a senior research fellow at the Israel-based Institute for National Security Studies, suggested that Western leaders were keen to capitalise on Iran’s resources.

He said: “It was expected, that once the deal was done everyone would rush into Iran to try and get business.

“Everyone was very eager to get an agreement, but the terms of the agreement are not the best possible terms, there are many loopholes and faults in this agreement. It gave the sanctions a chance to be lifted, and for anyone interested to go there and rustle up business.

“The motivation was very complex, but you cannot rule out commerce was not one of the motivations.”

His complaint was echoed by Tom Wilson, a senior research fellow at British think-tank the Henry Jackson Society.

He said: “This planned visit by Mr Osborne is woefully premature. There will be little incentive for Iran to abide by the agreement if sanctions have already unravelled and once trade ties have become well-established.

“While the Israelis will no doubt be alarmed by these kinds of moves, my sense is it won’t greatly damage UK-Israel relations. The two countries just have too many other shared interests and Cameron and Netanyahu appear to see eye to eye on a whole range of issues, particularly with regards to security and Islamic extremism.

“Besides, we should always be wary of buying into the narrative that claims that Iran is a primarily an Israeli concern. Unfriendly voices here and in the States try to frame it as such. But a nuclear Iran is a threat to the stability of the entire region and this could well have an impact on British interests and security.”

Arieh Miller, executive director of the Zionist Federation, called on the UK government to reconsider the threat Iran posed to Israel.

He said: “I think a lot of people will feel very uneasy about the prospect of the UK unquestioningly building trade links with Iran.

“Many will wonder how the corresponding financial benefits will bolster a theocratic regime opposed to human rights and democracy at home, and the existence of a Jewish state abroad.”

He added: “Only this week the commander of Iran’s army said that his forces will destroy Israel, and that he backs Tehran’s support for terror groups such as Hizbollah and Hamas. These statements are, unfortunately, as regular as they are appalling.

“We hope that the current government, which has shown itself to be a good friend to Israel, will take these concerns seriously.”

Dr Kantor added: “We hope that the UK will continue to see Israel as a major strategic partner, especially as the region’s only democracy and free nation and one that cooperates in practical ways to safeguard British interests and lives. The opposite could certainly be argued about Iran.”

Mr Osborne told the Financial Times he planned to visit Tehran, during a business delegation in China, where concerns over the country’s human rights abuses were also raised.

Mr Osborne told the Today Programme this week: “Isn’t it better to engage and to talk about these things rather than to stand on the sidelines and try and conduct some kind of megaphone diplomacy? You know, I just think it’s actually much better that we engage.”

A Treasury spokesman said a visit to Iran was not yet confirmed.

Last month, Britain reopened its embassy in Tehran and Foreign Secretary Philip Hammond confirmed that sanctions could be lifted next spring.