Rise In Attacks On Jews In Germany 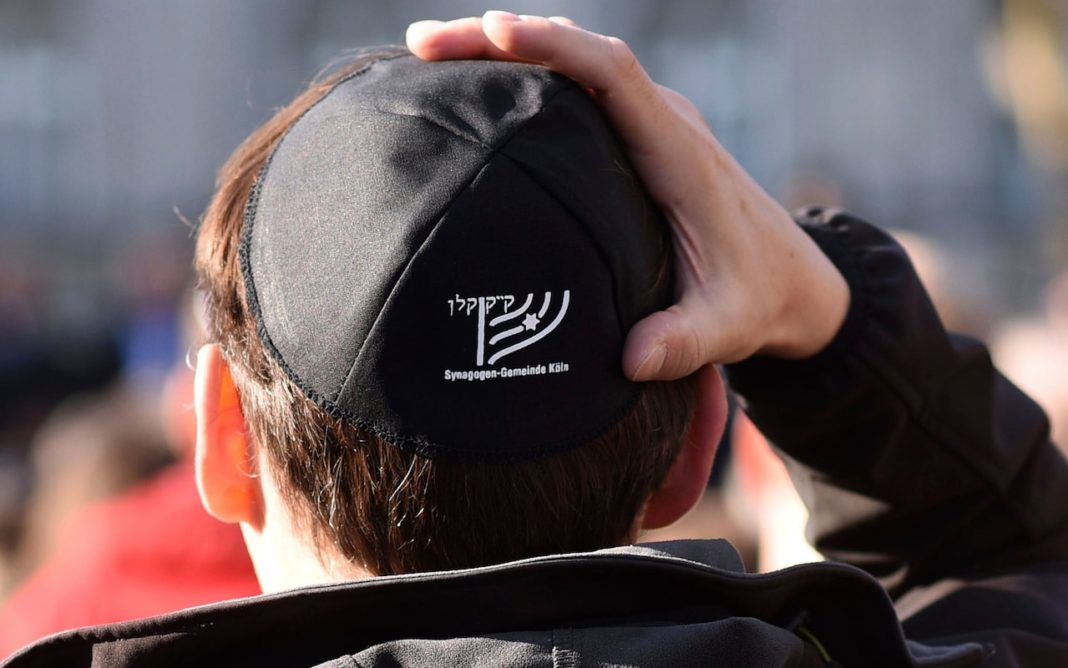 Anti-Semitic crimes have risen to a five-year high in Germany, according to a new report which finds it is recording more incidents than any country in Europe.

There were 1,596 recorded hate crimes against Jewish people last year in the country, the highest level since 2009 and a greater level than recorded in any other EU state. It was an increase from 1,275 the previous year, and it reverses a long-term trend of declining incidents.

Jewish leaders yesterday warned of hundreds of thousands of Jews are preparing to emigrate from Europe in the face of resurgent anti-Semitism.

EU officials warned against “singling out” Germany, with the official report by the bloc’s Agency for Fundamental Rights cautioning that data collection is patchy with some countries refusing to count anti-Semitic attacks at all, while others are more scrupulous.

Nevertheless, the “notable increase” in incidents raises difficult questions for Berlin some seventy years after the end of the Second World War. Of the incidents, 45 were classed as violent by the German police.

The figures suggest the far-Right still poses a greater threat to Jewish communities than jihadism.

Some 1,342 of the perpetrators were classed as “right wing”, seven were “left wing” and 176 were motivated by “foreign ideology”.

However, there was a significant jump in attacks by the latter category – up from 31 in 2013.

Unofficial figures from the Amadeu Antonio Foundation based on press reports also found a steep increase, with 173 recorded incidents in 2014 a ten-year high that compares to 33 in 2012.

The figures compare to 815 incidents in France – double the year before, and coinciding with a spate of grave incidents that included marches by gangs in Paris shouting anti-semitic slogans. It is the highest number since 2004, and there were sharp increases in graffiti and vandalism cases, physical attacks and hate mail incidents. The figures predate the terrorist attack on Jewish supermarket in January, which deepened alarm.

Police in England, Wales and Northern Ireland recorded 318 hate crimes against Jews in 2013-14. Figures compiled for 2014 by the Community Security Trust, a charity, were far higher at 1168 – 118 per cent increase on the previous year.

The report notes two spikes in incidents across Europe that coincide with controversial Israeli military activity: Operation Cast Lead, in the winter of 2008-09, and Operation Protective Edge last summer.

The report found that seven member states do not publish data on anti-Semitic incidents, while others reported very low numbers: Slovakia had evidence of two cases, based on judges’ reports at sentencing.

“This lack of systematic data collection contributes to gross underreporting of the nature and characteristics of antisemitic incidents that occur in the EU,” the report said.

Dr Moshe Kantor, the president of the European Jewish Congress, warned of an exodus of Jews from Europe.

“If hundreds of thousands of Jews leave the European Union, which is becoming a very strong possibility, then it will be judged a failure,” he said in Brussels yesterday.

“Over the past few years, tens of thousands of Jews have left Europe to seek a safer home elsewhere, and today, one-third of Europe’s nearly 2.5 million Jews are considering emigration. Whole areas of Europe are being emptied of Jews and not enough is being done.”

“In the last couple of years we have seen this age-old monster come up again in Europe, which is anti-Semitism,” said Frans Timmermans, the EU vice president. “We Europeans, whenever we are in trouble, when there is a crisis, we look for people to blame and throughout the ages Jews have been on the receiving end.

“This is unacceptable. I thought we knew better. I wouldn’t have thought this would be possible 20 years ago. But it is happening again.”