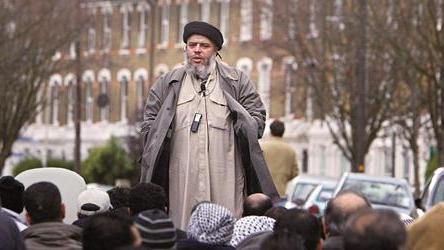 Britain has thousands upon thousands of criminal laws on its statute books. Not all of them are obvious and some quite trivial – for instance, you can be prosecuted for queue-jumping, for knocking on someone’s door and then running off, even for shaking your carpet or mat in public.

What you can’t be prosecuted for, however, is spouting extremist hatred in the streets. If you scream at a passing Jewish family that you wished the Nazis were here to murder them in the ovens of Auschwitz, you are, in the eyes of the law, within your rights to do so. That your views are warped, incendiary and appalling is beside the point – your vile extremism breaks no law.

Equally, verbal attacks on black people, Muslims, Asians – indeed any religious or cultural minority – are within the bounds of the law. You might argue that words are harmless and that most right-thinking people will of course reject such abuse, but that is not the issue. Such intolerance is wrong and, if the law forbids it, most people will consider it to be wrong. But at the moment it doesn’t.

In his recent speech at the Conservative Party Conference, David Cameron talked about ending the culture of “passive tolerance” of extremism in the UK. His words could not have come soon enough. For too long, due to a misguided notion of political correctness and commitment to multiculturalism, we have turned a blind eye to extremist behaviour in our midst. And, though some may regard such hate-fuelled prejudice as damaging, our laws governing freedom of expression allow for the holding and sharing of such views.

For this reason, I welcome the actions the Government is taking to counter extremism. However, its strategy does not go nearly far enough. Letting parents revoke passports if they think their kids will join Isis and sending extremists back to school is all well and good, but this barely scratches the surface of what is necessary.

This is why the work undertaken by the legal experts at the European Council on Tolerance and Reconciliation (ECTR) is so important, and timely.

The ECTR, of which I am president and founder, has brought together five of the best legal brains in the world to draft legal provisions – called The Model Law For the Promotion of Tolerance (The Model Law) – that can be enacted by parliaments around Europe to tackle extremism and combat the rise of violent hate and intolerance in the UK and Europe.

The Model Law states that there is no place for “tolerance of the intolerant” in modern society. It seeks to introduce for the first time into British law novel provisions including stronger safeguards against hate speech, the introduction of group libel, specific mention of antisemitism, outlawing of Holocaust denial, and educational initiatives from primary school upwards promoting tolerance, diversity and respect.

Tensions between communities, growing institutional distrust and nonsensical legal red tape mean that it is vital to take innovative legal steps to address this very real and growing threat. It is time to legislate against acts that are intolerable, but against which we currently have no recourse.

Without these provisions, we will, for example, continue to see people take advantage of weaknesses in our legal system and, for instance, allow them to openly and actively promote radical Islam in this country.

The banned terrorist organisation Al-Muhajiroun was allowed to operate with impunity, despite nearly one in five of those convicted of Islamic terrorism offences or killed in suicide attacks in the UK between 1999 and 2010 having links to the group.

The 7/7 bombings, the murder of Drummer Lee Rigby and the plot to blow up the Ministry of Sound night club were all linked to Al-Muhajiroun, a group that evaded the law by simply renaming itself and operating under different aliases. This not only demonstrates that the laws in the UK and across Europe are ill-suited for their purpose, but also that the culture of radical Islam is not being addressed with adequate legislation.

It is not only the rise in Islamist intolerance that is damaging to society; we are also seeing the resurgence of the far-right across Europe, at a national and European level, demonstrating that intolerance is being condoned, often at the highest levels, under the guise of democracy and freedom of expression.

The recent formation of a far-right group in the European Parliament by France’s National Front and the Dutch PVV marks a worrying step in the European Union’s journey. Equally, the rise in support for neo-Nazi parties including Hungary’s openly antisemitic Jobbik party, Greece’s violent, neo-fascist Gold Dawn, or indeed the British National Party, should be viewed as a retrograde step.

Another important and unique feature of the Model Law is the provision that schools, from primary level upwards, should teach courses on tolerance, diversity and respect. The UK government’s recent push to counter extremism in universities and colleges acknowledges the significance of education in this struggle, but will not be far-reaching enough on its own to have the necessary long-term impact.

We like to think that each generation teaches the next to be wiser, more forgiving and less intolerant; that we shape society so that those who come after us are left with a progressively better world. One where, for instance, moronic football fans aren’t able to get away with glorifying the gas chamber hiss on a Saturday afternoon. Or where so-called historians aren’t able to stage incendiary, Holocaust-denying conventions in five-star hotels a short walk away from the House of Commons.

Governments, legislators, religious leaders and the media seek to guide, influence and, once in a while, truly transform society. This is one of those moments.

In Europe, Jews are still being gunned down just for being Jews, and in Britain racist thugs who call themselves preachers spout, with impunity, murderous messages and inspire murderous acts in the name of religion.

Such behaviour is the tragic culmination of allowing hatred to foment, of allowing the tyranny of the few to instil fear and terror in the many.

Our society is facing a critical test, Having exhausted many other options, it is now the turn of the law and legal recourse to act as a necessary corrective.