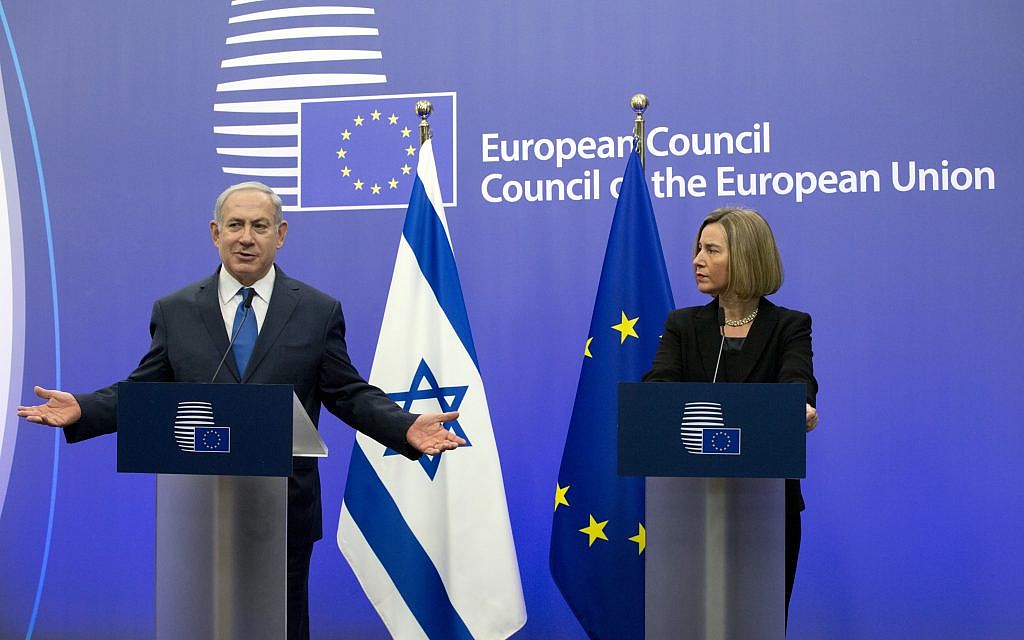 It’s long been said that one of the cornerstones of Europe is fairness. Many politicians here often talk about giving people “a fair chance” in life. But now it seems we’ve reached the limits of that fairness, and it ends at Israel.

On Wednesday the European Union began implementing a labeling regime that requires the clear identification of certain products made in the West Bank. It’s now no longer enough to say where these products came from, as with products from anywhere else in the world. The labels must now also show whether the goods came from an “Israeli settlement.” Officials claim that this is meant to target what they view as Israel’s “occupation,” but what this really does is differentiate and discriminate between goods produced by two peoples living and working in the same territory.

There are strong factual and legal arguments to be made against this designation. For one, these measures restrict Israel’s trade, in violation of numerous multilateral treaties, including the World Trade Organization Agreement on Technical Barriers to Trade, and the General Agreement on Trade and Tariffs.

But there is also an inconsistency in the application of this designation. Not only does the EU not penalize any other nation for what may be deemed to be an occupation, but it actually profits from some of them.

Last year, for instance, the EU signed an agreement with Morocco extending their fisheries treaties into Western Sahara. The Moroccans have been accused of occupying that region and conducting a campaign of ethnic cleansing against the indigenous people there. Yet the agreement allows the EU and Morocco to profit from this occupation.

In northern Cyprus, the EU provides direct grants and funds to the self-declared Turkish Republic of Northern Cyprus. It even offers an aid program to Turkish Cypriots, even though the Turkish invasion and transfer of its population has been condemned by the United Nations.

If there were substantial or legal differences between these cases and Israel’s, the EU surely would have been forthcoming with them. But no explanation has ever been or could be given.

There is, however, one crucial difference that the EU appears to ignore.

The EU, being a signatory and witness to the agreements in the Israel-Palestinian peace process, has made a commitment that no steps should be taken to change the status of the territory or predetermine the outcome of negotiations. The EU has made no such legal commitment to any other conflict in the world. One would therefore have expected the EU to take a more balanced, equitable and fair approach to its relationship with Israel.

This is a sad indictment of a union that was created in part to free itself from the conflicts and prejudices of the past. Seventy years ago, another double standard existed, when Jewish businesses in Europe were deliberately singled out and labeled, giving rise to a certain sensitivity among the Jewish people toward such actions. Those in the EU who are now pressing for labels on products made by Jews should step back and ask why such a double standard is once again being tolerated.

The EU needs to see sense and return to playing a constructive role in the much sought-after peace between Israelis and Palestinians. It must not take unilateral and possibly illegal measures against one side of the conflict and single out one people in the world. That’s not only unfair, it’s clearly discriminatory.