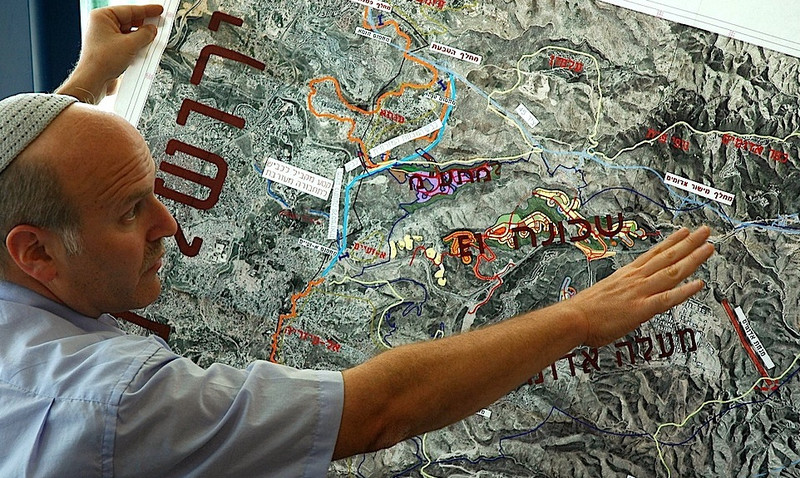 European retailers must put the phrase “product from … Israeli settlement” on Israeli wine, food, or cosmetics made in the occupied territories, the EU Commission has said.

But if shops choose to say where the goods come from, they “must be correct and not misleading,” and cannot, for instance, be labelled “made in Israel.”

The code says it is designed to help European consumers “to take an informed transactional decision.”

It notes that member states are responsible for taking legal action against retailers who don’t comply.

But the commission can launch “infringement proceedings” against EU states if they don’t implement the relevant EU legislation – a corpus of dozens of existing directives and regulations, referenced in Wednesday’s text.

EU officials downplayed the significance of the move in a press briefing in Brussels the same day.

One said it is “really very minimalist” because settler products account for less than 1 percent of Israel-EU trade.

She noted the text, entitled “interpretative notice,” is only four pages long and that half of it is footnotes, which shows “just how technical and legal the document is.”

She said the commission did it due to pressure from some member states, from the EU Parliament, and from NGOs.

Israel occupied the West Bank and Golan Heights after the 1967 war.

The territories now host more than half a million Israeli settlers and export between €100 million and €300 million a year of items to the EU.

The EU and Israel, in 2003, already created a protocol for marking the exports with their postcodes to ensure they don’t benefit from perks under an EU-Israeli trade treaty.

For its part, the Israeli foreign ministry has warned it might exclude EU diplomats from future Arab-Israeli peace talks in retaliation.

“This recent step raises questions regarding the role that the EU aspires to play. It may also have implications for Israel-EU relations,” it said on Wednesday.

It added the commission “claim” that “this is a technical matter is cynical and baseless,” adding that the EU did it for “political reasons … inspired by the boycott movement.”

It warned the code will harden Palestinian attitudes amid a recent wave of stabbings of Israeli Jews.

It called the move “discriminatory,” because, it said, the EU isn’t applying similar measures to products from the more than 200 other disputed territories in the world, such as Western Sahara or Northern Cyprus.

It also summoned the EU ambassador to Israel later in the day for a dressing-down.

Daniel Schwammenthal, director of the AJC Transatlantic Institute, said it “will play into the hands of those determined to demonise the Jewish state [and] offend mainstream Israelis.”

Moshe Kantor, from the European Jewish Congress, in a statement circulated by the Kreab PR firm, said: “Once again, Israel is singled out for special treatment above all other nations of the world.”

The comments were mild compared to those of right-wing Israeli politicians.

“The European Union should be ashamed, ” Israel’s prime minister Benjamin Netanyahu said in a statement.

“The European Union decided only to label Israel, and is not ready to accept the fact that Europe labels the side that is attacked in acts of terror.”

Others said it “encourages terrorism” and that it’s “stupid, harmful.”

“We call upon the EU and other world governments to take further steps in this direction,” they said. “Millions of Israelis and Palestinians may now hope for a better future if the international community continues to be involved.”

“Israel continues to expand settlement activity. It should not come as a surprise that some in the international community seek to limit commercial ties to the settlements,” Mark Toner, a State Department spokesman, said earlier this week.

Martin Konecny, from EUMEP, a Brussels-based NGO which promotes rule of law in the Arab-Israeli conflict, also praised the move.

But he said it will have little meaning unless it’s enforced and unless the EU defends it in public.

“It’s important that the EU properly explains the rationale for its measures targeting Israeli settlements. It should engage with the Israeli criticism and rebut unfair accusations,” he said.

On enforcement, the EU official told press in Brussels: “We don’t know how it will work in practice.”

Another EU official previously told EUobserver the commission has never launched infringement proceedings against a member state over misleading Israeli labels, despite the fact some of the EU laws go back more than 15 years.