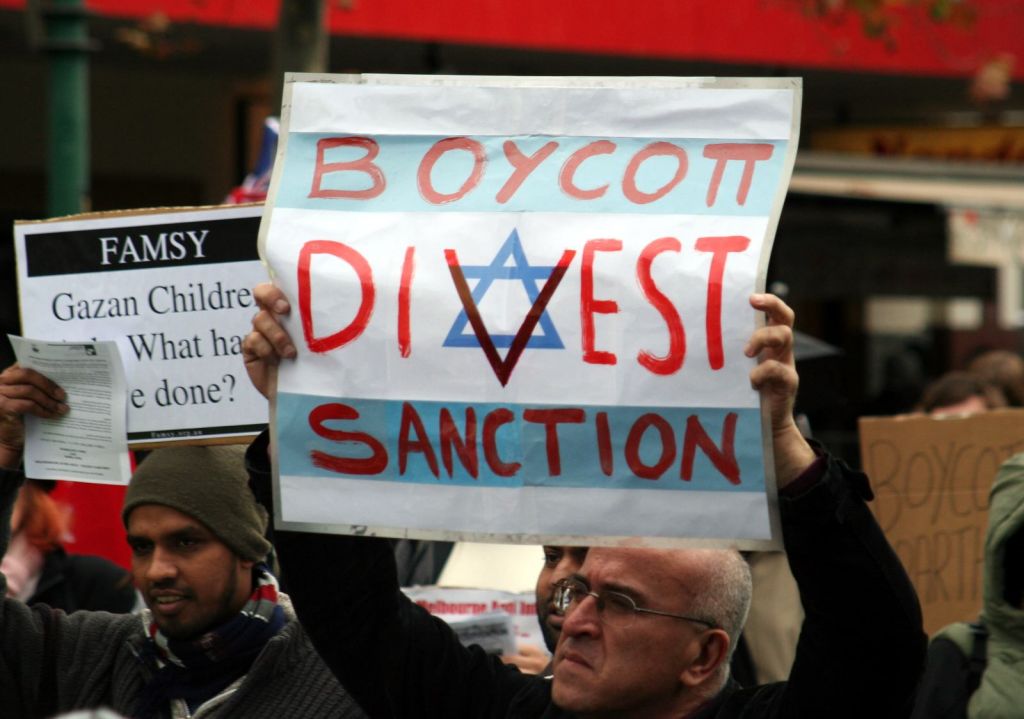 Jewish organizations praised and condemned the European Union’s decision to approve the labeling of products from West Bank settlements.

European Jewish Congress President Moshe Kantor called the guidelines problematic and a “double standard,” pointing out in a statement issued Wednesday that there are “no comparable guidelines for any other territorial dispute or what are perceived as occupations anywhere else in the world.”

“We see that once again Israel is singled out for special treatment above all other nations of the world and this is clearly discriminatory and stands in stark contradistinction to the EU’s own mandate to be fair and free of prejudice,” Kantor said.The European Commissioner in Brussels on Wednesday morning adopted the “notice on indication of origin of goods from the territories occupied by Israel since June 1967.” The guidelines are not new legislation, but clarify certain elements linked to the implementation of existing E.U. legislation.

Peace Now expressed its support, saying it views the labeling guidelines as “a means to oppose the occupation and, thereby, support Israel.”

“Peace Now has always considered the settlement enterprise as the main obstacle to a two state solution, and, like the settlers themselves, views Israeli factories and economic institutions within the West Bank as a political statement,” the group said in a statement. “A more accurate labeling system, as Israel never annexed the West Bank, will allow European residents to make purchases according to ideological considerations. Further, this system will help curb efforts to boycott Israel entirely, such as those advocated by the BDS movement.”

Gerald Steinberg of NGO Monitor called the guidelines “another act in the ongoing NGO campaign to delegitimize Israel.”

“For years, the E.U. has given money earmarked for humanitarian aid and peace-building to political groups that abuse human rights to promote their own agendas,” Steinberg said in a statement Wednesday. “These organizations have lobbied hard for the E.U. to adopt their ideas, with the rhetoric of ‘consumer choice’ masking what is clearly an anti-Israel measure. NGO Monitor research shows that NGOs push labeling as a first step in the BDS process, aimed at all Israeli products and services.”

“The EU has decided to label only Israel, and we are not prepared to accept the fact that Europe is labeling the side that is being attacked by terrorism. The Israeli economy is strong and will withstand this; those who will be hurt will be those Palestinians who work in Israeli factories. The EU should be ashamed,” Netanyahu said in a statement.

World Jewish Congress CEO Robert Singernoted thatmany of the companies that could be hurt by the labeling provide jobs for Palestinian workers.

“Clearly, the territories captured by Israel in the 1967 Six Day War are disputed, but that does not mean that Israeli companies operating there should be considered illegal entities. While the EU guidelines grant the use of labels such as ‘Made in Palestine’ or ‘Made in the West Bank’ for products made by Palestinian-owned companies operating in the territories, they force Israeli companies, many of which provide a livelihood to Palestinian workers, to add ‘Israeli settlements’ to the label. Why impose two different labels for one and the same place of origin?” he said in a statement.

“The E.U.’s new guidelines on accurately labeling settlement products are in line with states’ duty to ensure compliance with international humanitarian law, under which settlements are illegal,” said Sarah Saadoun, who researches settlements at Human Rights Watch. “Other states should follow the E.U.’s example.”