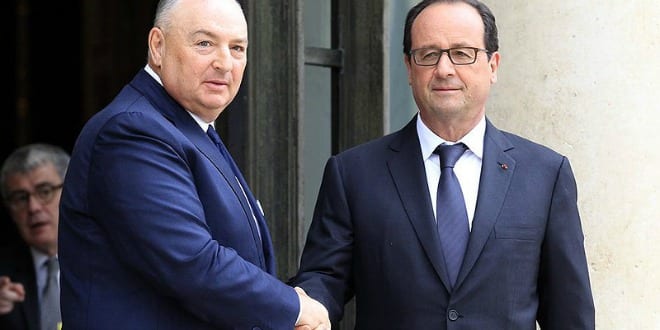 “A man of many companions may come to ruin, but there is a friend who sticks closer than a brother.” (Proverbs 18:24)

A delegation of executive members of the European Jewish Congress (EJC) met John Bercow, Speaker of the House of Commons in London, and several other MPs, and urged the British parliament to tackle terror in the Middle East. The meeting came ahead of a likely vote on Wednesday on whether the RAF should bomb Islamic State in Syria and in Iraq, EJP reported.

“The UK as a nation that has always been a leader in the fight against tyranny should once again be a strong part of a coalition that is necessary to fight and defeat Islamic State and its proxies,” said EJC President Moshe Kantor. Of course, Kantor referred to the UK fighting tyranny in the last seven or eight decades, before which time it was also engaged in dispensing tyranny.

Kantor added, “Islamic State and other groups have already attempted to acquire chemical and biological weapons and are even talking about nuclear capabilities in the next year so it is vital that they be stopped now because we have seen that their thirst for mass casualties knows no bounds.”

Prime Minister David Cameron is an advocate of the UK joining in bombing ISIS-which he calls “an evil death cult”-in Syria. But the parliament’s foreign affairs select committee, which is run by his fellow Conservatives, issued a report demanding that diplomatic strategy drive military action, and not the other way around.

But Labor leader PM Jeremy Corbyn doubts Cameron has “made a case for war” and has sought the views of Labor’s members, most of whom are opposed to more airstrikes.

Cameron lost a House vote in 2013 on UK military action to force Bashar al-Assad to give up using chemical weapons. He therefore intends to bring the bombing proposal up for a vote only if he is certain of a win.