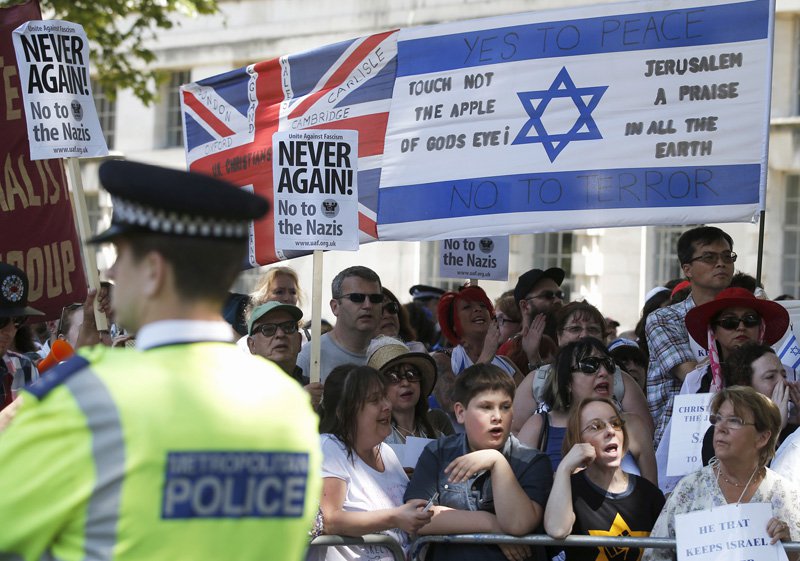 Antisemitic and Islamophobic crimes including assault, harassment and criminal damage have soared by more than 60 per cent in London over the past year, police figures show.

The Metropolitan police dealt with 483 incidents of an antisemitic nature in the 12 months to November, marking a 61.5 per cent increase on the 299 incidents recorded in the same period in 2014. The force recorded a similar rise in Islamophobic incidents, increasing by 63.9 per cent from 499 incidents in 2014 to 818 incidents in 2015.

After a tripling in the number of Islamophobic incidents in London in the week after the Paris terrorist attacks, the Metropolitan police acknowledged that “world events” could fuel an increase in religious hate crime, but said that the figures may also be down to an increased willingness to report such crimes and improved awareness among officers.

Moshe Kantor, president of the European Jewish Congress, said: “The Met police figures confirm to us that in 2016 much more must be done to tackle the rise in antisemitic hate in London.”

Miqdaad Versi, assistant secretary-general of the Muslim Council of Britain, said: “As a whole, British society is tolerant of other faiths and cultures. But these figures are concerning.”