700,000 Jews Are Considering Leaving Europe. European Jews Are At A Crossroads As Anti-Semitism Surges 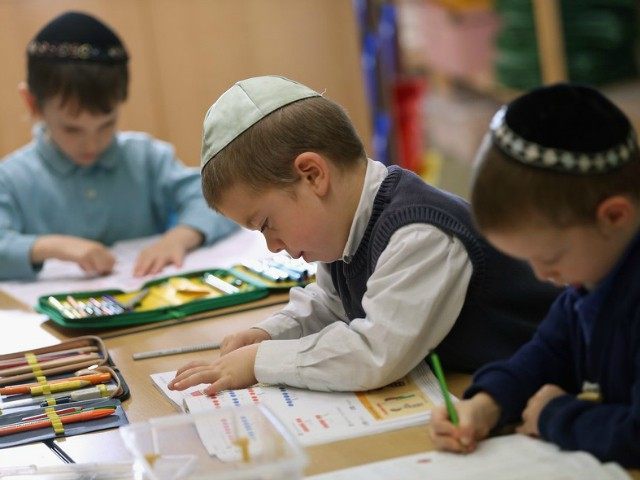 In the industrial area of Malmo, the third largest city in Sweden – which has always been governed by the Social Democrats -there is the famous spiral skyscraper designed by architect Santiago Calatrava. It is inspired by a human torso, meant to symbolize the dozens of ethnic groups living in the city, all bound in a multicultural embrace. Approximately one third of 300,000 inhabitants of Malmö are, in fact, of foreign origin and this percentage is increasing steadily.

But Jews are fleeing Malmö.

In the seventies, the community had more than 2,000 members: today there are less than 500. The others left for Stockholm or for Israel.

The Simon Wiesenthal Center issued a warning to all Jews who visit Malmo, “hide public religious signs and do not speak Hebrew”. Malmo was laready Marseille five years earlier: two days ago, the Jewish authorities in the French city issued a similar warning, “take off the kippa for your own good”.

The European Union’s Agency for Fundamental Rights reveals that a third of the Jews of the Old Continent have stopped wearing religious symbols because of fear of attacks. From Denmark to Germany it is the same appeal: don’t wear the Jewish yarmulke.

The European Jewish Congress has publicized a shocking poll: “A third of the European Jews think of emigrating”. That is 700,000 people.

“The Jews of Europe are at a crossroads”, tells me Moshe Kantor, president of the European Jewish Congress based in Brussels. “If the authorities continue to add only defensive measures, building taller walls and thicker doors, then the Jews will not want to live this imprisoned life and will leave Europe in large numbers”.

Before the attack in Copenhagen, a year ago, there were 23 children in the Jewish kindergarten in Malmö: today there are only 5 left. The armed guards in front of the school triggered panic and parents prefer to enroll their children in public school. It is the end of Jewish identity. Some people whispered that the synagogue of the city will soon be turned into a museum. From 2010 to today, the synagogue lost a third of the faithful. The rabbi, Shneur Kesselman, is constantly attacked in the streets: almost 200 episodes of anti-Semitism in ten years.

Today, many Jews in Sweden are afraid. Parents are afraid to let their children go to Jewish preschool, they are afraid to go to the synagogue and there are many people who are hiding their stars of David, because they are too scared to wear them.

This is what Malmö teaches Jews all over Europe: for the Jews, the next step after removing the kippah is leaving the city and then the country. The once placid and civilized Sweden, the “paradise of refugees” has turned into a nightmare for the Jewish people.