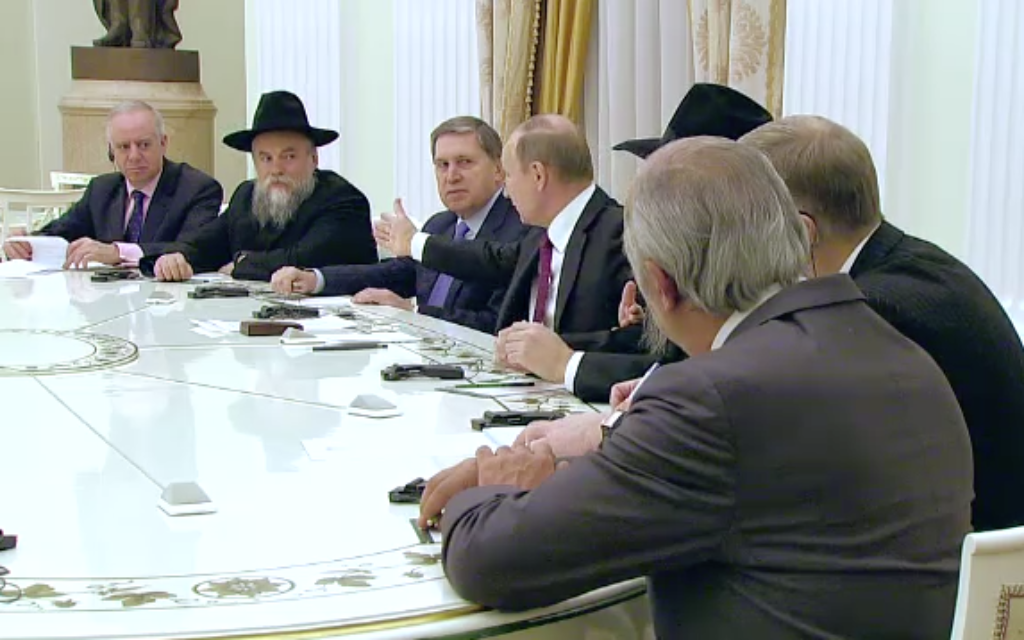 The threat to Jewish communities from terrorism and rising anti-Semitism were on the agenda when European Jewish leaders met Vladimir Putin today.

Meeting in Moscow, a delegation, including Board of Deputies president, Jonathan Arkush, raised issues of concern with the president.

EJC President Dr. Moshe Kantor spoke about the rise in threat to Jewish communities in Europe, claiming it is “the worst it has been since the end of the Second World War”.

“It is not only the terror attacks against our communities, like in Toulouse, Brussels, Paris and Copenhagen” he said, “but a daily feeling of fear to walk in the streets as Jews, or the necessity to live behind thick security doors, cameras and high fences.”

He added, the EJC were “glad to report that statistically anti-Semitism in Russia has decreased”, commending Russia “in the fight against those who target Jews.”

On global terrorism, Kantor said: “While Jews were once again a prominent target for global terror during 2015, the attacks in Paris, the U.S., and elsewhere, and the mass murder of Russians on an airline in the Sinai, show that the terrorists target us all.. As usual, what starts with the Jews never ends there.”

He called for ‘all pragmatic nations of the world’ to be “united in defeating global terror”, with a focus on so-called Islamic State.

“We must put aside all other differences because last year showed that this is the greatest current threat to our societies.”

Russia has the second largest Jewish community in Europe.