Amid Anti-Semitism Fears In Europe, Putin Tells Jews To Come To Russia 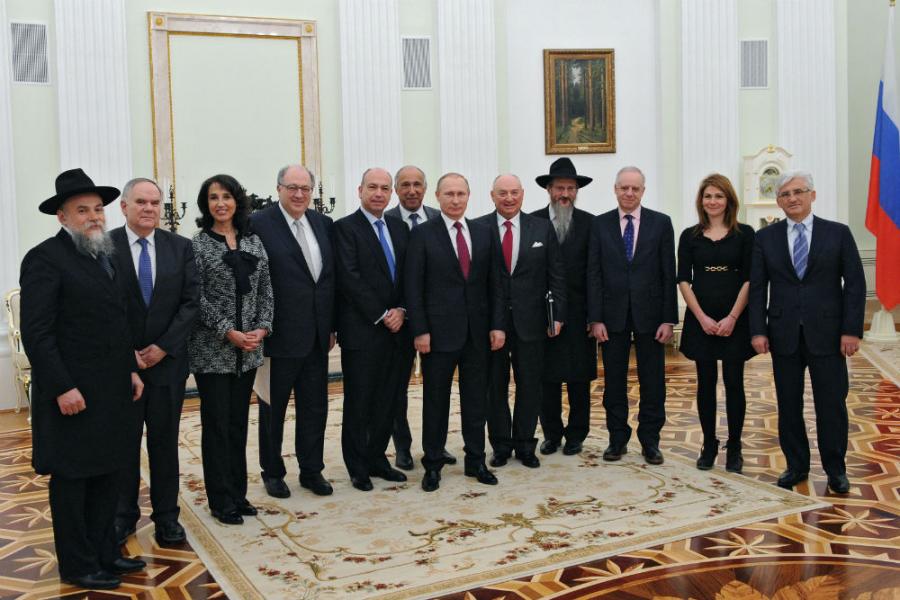 Russian President Vladimir Putin said Tuesday that Jews who fear anti-Semitism in Western Europe should head to Russia. In a meeting with members of the European Jewish Congress, Putin said Jews would be better accepted in Russia.

The group’s Moscow-born president, Moshe Kantor, described to Putin an atmosphere of fear for some European Jews as anti-Semitic attacks in Europe has increased by some 40 percent in the last three years, according to a report Wednesday from the Washington Post.

“They should come here, to Russia. We are ready to accept them,” Putin said in response to Kantor, according to a transcript provided by the Russian government. The Post wrote that Kantor “appeared a bit taken aback.” But Putin reaffirmed his position.

“They left the Soviet Union; now they should come back,” Putin said, according to the Kremlin transcript. Nearly 10,000 Jews from Western Europe, a record figure, immigrated to Israel in 2015, according to an Associated Press report. Some 8,000 Jews left France alone during a rise in anti-Semitic attacks. A New York Post editorial Tuesday noted that Jews composed “less than 1 percent of France’s population, yet 51 percent of all hate-crime attacks there last year targeted Jews.”

“That a record number of European Jews feel that Europe is no longer their home should alarm European leaders and serve as a wake-up call for all who are concerned about the future of Europe,” said Jewish Agency Chairman Natan Sharansky to the Associated Press.

Russia saw an uptick in people emigrating to Israel in 2015 as well, and between 1989 and 2006 scores of Soviet Jews left as the U.S.S.R. crumbled, some 1.6 million heading to Israel alone, according to Russia Today.