Now They Want Us Back: Putin Invites Jews Fleeing Western Europe To Russia 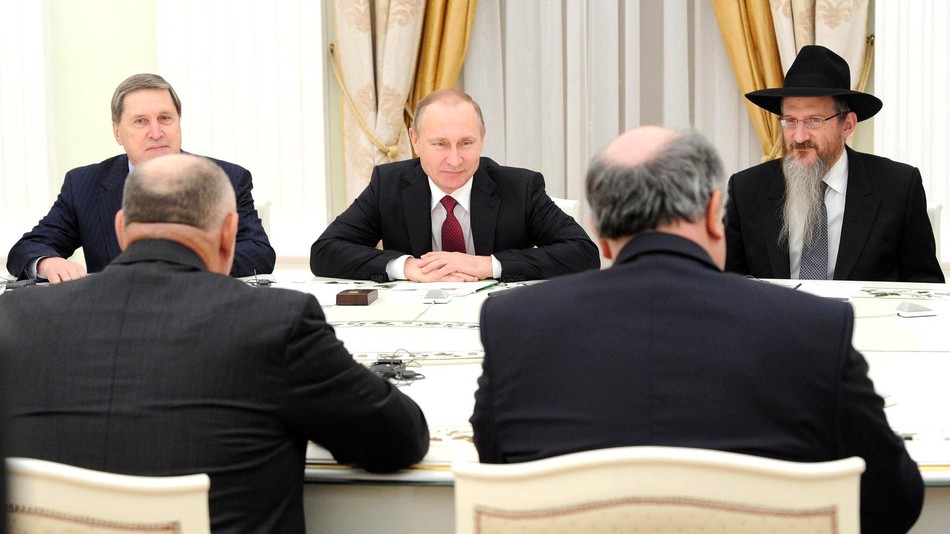 Vladimir Putin, President of the Russian Federation, said yesterday that Jews who flee Western Europe due to anti-Semitic violence should move to Russia.

President Putin meets with representatives of European Jewish Congress“Let them come to us. In the Soviet Union they used to go away, now let them come back,” Putin said with a smile after he heard that Western Europe faces a “very real prospect of an exodus of Jews.”

European Jewish Congress President Moshe Kantor issued the warning during a meeting between the Russian president and delegates from seven European Union member states, the EJC said in a statement.

“While Jews were once again a prominent target for global terror during 2015, the attacks in Paris, the US, and elsewhere, and the mass murder of Russians on an airline in the Sinai, show that the terrorists target us all,” Kantor said during the meeting, which was also attended by EJC delegates from France, Britain, Spain, Austria, Belgium, Switzerland and Latvia.

“There is a very real prospect of an exodus of Jews from certain parts” of the continent, where Jews are feeling less safe than a decade ago, Kantor told Putin.

The Jewish leader was born in what is today Russia, and has business enterprises there.

Kantor said that “pragmatic nations” must unite “in defeating global terror, which is being led by the so-called Islamic State.”

He noted that the delegation was pleased by the statistical decrease of anti-Semitism in Russia.

“We commend the Russian authorities in the fight against those who target Jews,” he said.