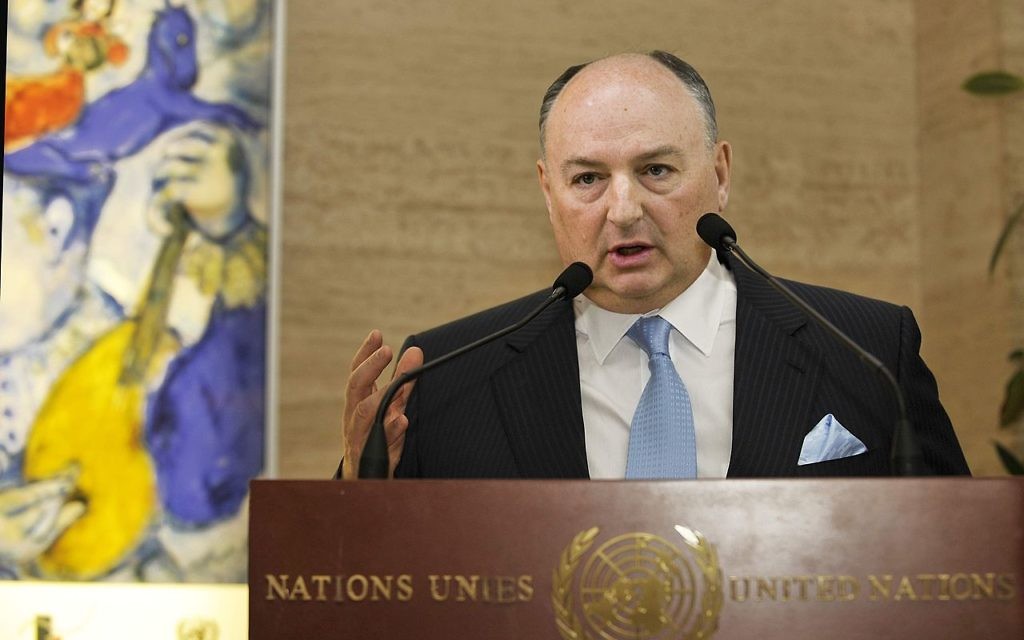 Dr. Kantor received a unanimous vote of confidence, and said he was”delighted”, calling it “a positive testament for the work we have done these last few years and the plan of action we have for the years ahead. The situation in our communities could be defined as the most difficult since the end of the Second World War.”

He reflected on anti-Semitism, the refugee crisis and the terrorist and economic threats in Europe today as “all interconnected and present great challenges for European Jewry.”

The Jewish leader, philanthropist and businessman was first elected President in 2007.

During the EJC General Assembly, attended by leaders from 42 European Jewish communities, Kantor also spoke about the need to engage national governments and EU bodies over security, anti-Semitism and the “need to vigorously challenge and fight the BDS campaign (boycotts, divestments and sanctions of Israel).”

The EJC approved a resolution to create an taskforce on tackling BDS, with Kantor saying they would “seek ways to strengthen ties between the EU, European nations and Israel.”