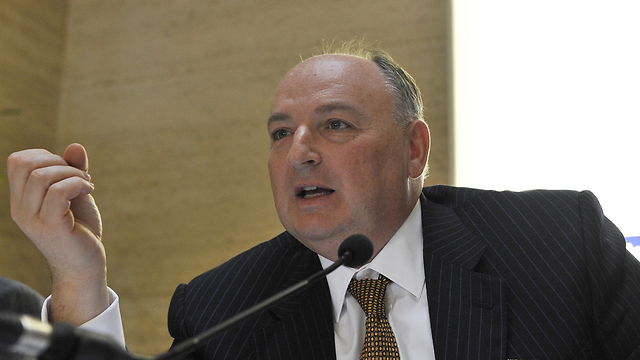 Moshe Kantor, the president of the European Jewish Congress, has been re-elected for a third term.

Kantor, 62, an aerospace scientist turned businessman who was born in Russia, was re-elected unanimously on Wednesday during the organization’s general assembly in Brussels, EJC announced in a statement. He ran unopposed.

Thanking EJC delegates for what he termed “a strong vote of confidence,” Kantor also said the situation in the 40-some communities that make up the EJC “could be defined as the most difficult since the end of the Second World War.”

He cited “the high level of anti-Semitism, the crisis brought about by large numbers of migrants and asylum seekers entering Europe, the wave of terror, and the economic situation,” which he said “are all interconnected and present great challenges for European Jewry.”

A staunch advocate of the State of Israel and of stricter legislation against hate speech in Europe, Kantor recently led an EJC delegation to Russia for a meeting with President Vladimir Putin in Moscow. Last year, Kantor met French President Francois Hollande, who made Kantor an officer of France’s Legion of Honor.

The elections and general assembly were moved up from later this year at the request of the EJC Executive, which sought to attach the vote to a general assembly special session on reviewing security issues following the wave of terrorist attacks last year in France and elsewhere in Europe, the EJC press office told JTA in an email.