Tony Blair: To Defeat Anti-Semitism We Must Defeat Radical Islam 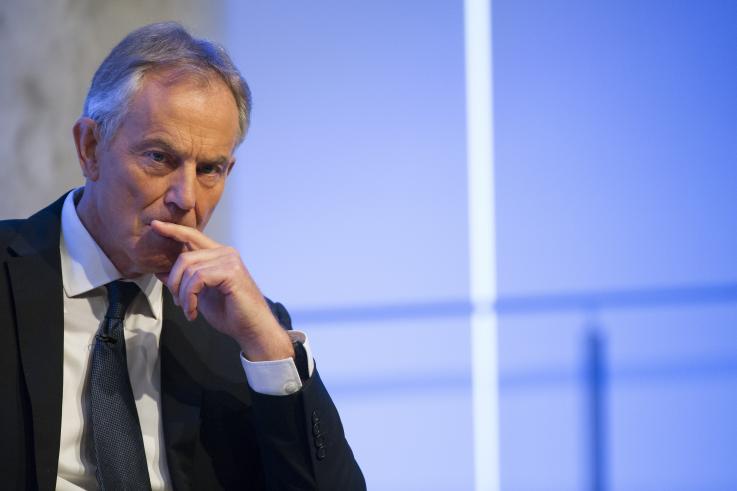 Europe must not simply defeat violence in order to tackle rising anti-Semitism in Europe but the “very ideology” of radical Islam, former British Prime Minister Tony Blair said at a Brussels dinner to commemorate International Holocaust Remembrance Day on Tuesday.

“We see the rise of ISIS and terrorist groups all over the region under a perversion of proper religious faith. Our struggle is not simply against violence but against the ideology that begets the violence of Islamist extremism,” he told the audience at a private dinner hosted by the European Jewish Congress. “It will take a generation. It is a global struggle and a long one.”

He added: “Holocaust Remembrance Day is a time when Europe remembers its darkest hour in order not to repeat it. Anti-Semitism is not just a matter of grief and dismay for the Jewish community, it diminishes our society.”

His comments come as record numbers of French Jews leave the country to emigrate to Israel because of radical Islamist attacks, such as the deadly Kosher supermarket siege last January, and a greater number of anti-Semitic attacks. French Jews are also making the move to London in greater numbers, according to community leaders.

In Marseille, three stabbing attacks against Jews have occurred since October 2015. The southern city’s main Jewish leader, Zvi Ammar, responded by urging Jews not to wear a skullcap in the street “until better days”-sparking a backlash from other community leaders in France.

Writing in Newsweek on Tuesday, Moshe Kantor, the president of the European Jewish Congress, called on EU member states to commit to stronger action against anti-Semitism to keep Jewish communities on the continent safe, namely increased police protection at Jewish sites, greater funds for security, stronger language on radical Islam and tougher laws to combat violence.

“All this should be coordinated with the new EU anti-Semitism envoy and through a dedicated anti-Semitism task force,” he writes. “This reality is chilling. It shows us people do not learn and that we can easily slip into complacency.

“It is time for our leaders to commit to a robust, unified and coordinated approach to tackling anti-Semitism and Islamic extremism. We must all stand against hate and refuse to allow history to repeat itself, making ‘never again’ a reality.”