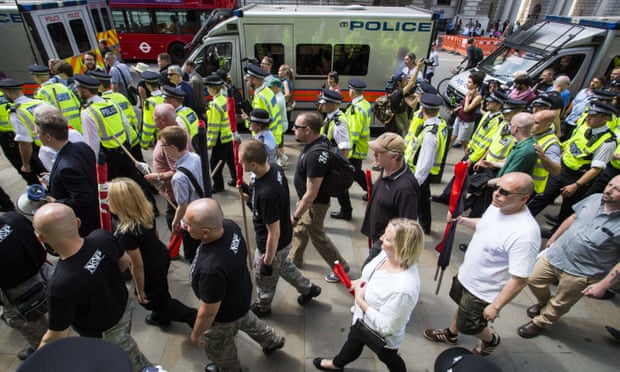 Antisemitic hate incidents in the UK fell by 22% in 2015, but the annual total was still the third highest recorded, new figures show.

The Community Services Trust, which has monitored antisemitism in the UK for more than 30 years, recorded 924 incidents last year. This included 86 violent assaults – an increase of 6% on 2014.

Sixty-five incidents of damage and desecration to Jewish property were recorded.

Three-quarters of all attacks were recorded in London and Manchester, home to the two largest Jewish communities in the UK.

There was a record high of 1,179 antisemitic incidents in 2014, which the CST attributed to reactions to the war in Gaza in July and August of that year. The second highest year was 2009, when there was also a war in Gaza. “In contrast, there was no similar ‘trigger’ event in 2015 to explain the relatively high annual total,” said the CST.

David Delew, the trust’s chief executive, welcomed the fall in the annual total but said it was less than hoped for. “The number of antisemitic incidents remains unacceptably high,” he said.

Home secretary Theresa May said: “We must challenge antisemitism wherever we find it – just as we must challenge all forms of ethnic and religious hatred and combat extremism … While a fall in antisemitic incidents should be welcomed, there are still too many cases.”

Shadow home secretary Andy Burnham warned against complacency, saying: “Antisemitism is repugnant, unacceptable and scars our society.” Political action was needed to tackle the roots of prejudice and hatred, he added.

Moshe Kantor, president of the European Jewish Congress, said security was still a serious concern for Jews in the UK. “Antisemitic hate crime remains unacceptably high and more must be done to ensure that the Jewish community can live without fear of abuse or attack … These figures demand action from our leaders.”