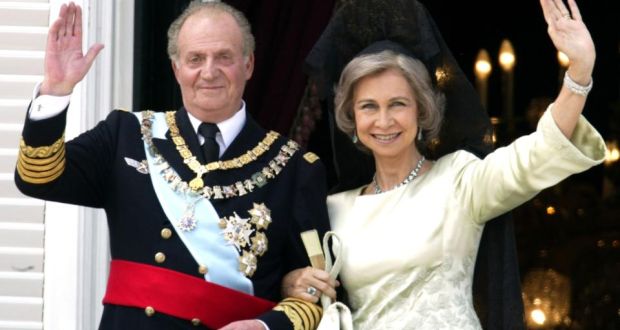 The Our Slovakia party won 8 per cent of the vote, giving it 14 seats in the Slovakian parliament, and its success had added to fears of a growing and spreading presence of the far right across Europe.

The party could also exercise influence beyond its size as no one party won a majority in the election and so the country faces difficult coalition negotiations with various parties vying for power.

“This is an extremely worrying trend and something that all moderate parties and politicians from the Left and Right should work against.

“There should be clear red lines placed on their full participation in the parliamentary process, chairing committees or entering coalitions.”

Led by Marian Kotleba, a teacher banned from the classrooms owing to his extremist views, Our Slovakia fed off anti-immigration fears that featured prominently during the election campaign, along with discontent over corruption and the state of Slovakia’s health and education systems.

But its success has raised fears of a lurch to the far right in Slovakia. In the past Mr Kotleba wore uniforms bearing a strong similarity to those of the Hlinka Guard, a military unit operating during the war years when Slovakia was a Nazi puppet state, and one which played a prominent role in the deportation of the country’s Jews to the death camps.

The 38-year-old has also praised the wartime regime despite its fascist nature, called Slovakia’s sizeable Gypsy population “parasites” and has labelled Nato a “terrorist” organisation.

Our Slovakia’s success comes on the heels of those enjoyed by other far-right parties in Europe. The European Jewish Congress has also pointed to Svoboda in neighbouring Ukraine and Greece’s Golden Dawn, the third biggest party in the Greek parliament and one with a reputation for racism and anti-Semitism. France’s National Front has also enjoyed a rise in popularity, capitalising on fears over migration that have become the common political staple of the far right across Europe.

Along with the rise of particular parties political experts point to an apparent general drift rightwards in mainstream European politics and an increase in hate crimes.