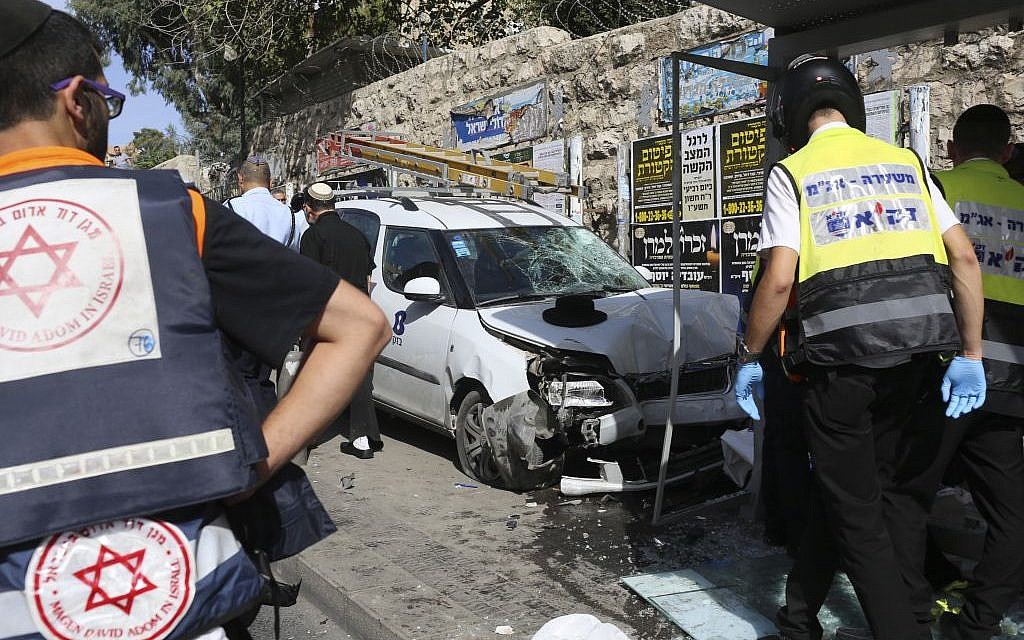 A European Jewish group has slammed the European Union’s “cold, pro-forma” statement after two days of deadly attacks in Israel.

In a statement, the European Jewish Congress expressed “outrage” at the “glaring omission” of the word ‘Israel’ in Brussels’ response to the latest violence against Israelis by Palestinians in Tel Aviv, Petah Tikvah and Jerusalem.

It follows an earlier statement by a spokesperson of the EU External Action Service, which answers to Federica Mogherini, High Representative for Foreign Affairs and Security Policy and which last week approved a £195 million aid package for Palestinian refugees, education and welfare.

It read: “The EU extends its condolences to the family of the victim and wishes a speedy recovery to those injured. Once again, hatred and violence have taken innocent lives. Once again, we call on all parties to work together and do their utmost to immediately calm down the situation and prevent further escalation.”

However, EJC chief Moshe Kantor took aim at the EU, saying the statement “disconnects the reality of a people living under the threat of daily terror attacks from the nation, Israel, which is suffering from these attacks”.

Kantor said. “Too often we see a lack of moral clarity on attacks against Israelis unlike terrorist attacks against any other people, and we should expect the European leadership to give strong and factual statements free of political considerations when blood in Israel is shed.”

He added: “We compare this cold pro-forma statement with the outrage and detail released when Israel is accused of an infraction by EU officials. Surely the deliberate shedding of blood on a daily basis deserves at least the level of condemnation and outrage as when discussing issues in the internal Israeli debate or in the building of homes in Jerusalem.”