Brussels Attack: Leading Rabbi Calls On Europe To “Face And Fight This Evil On All Fronts” 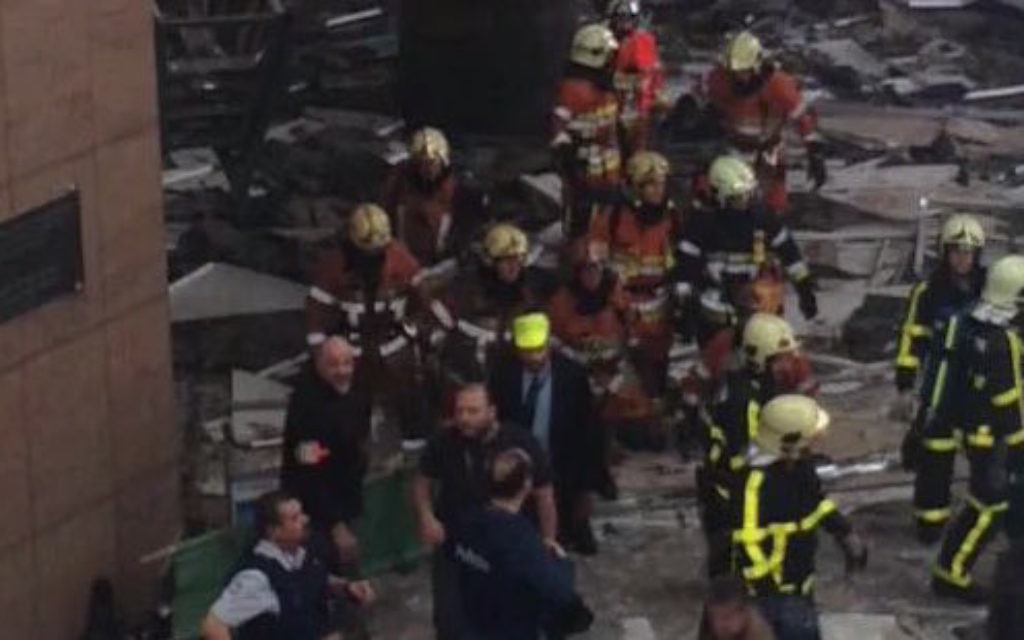 A leading rabbi has called on Europe “to face and fight this evil on all fronts” following this morning’s two suicide bombings in Brussels, which have killed at least 21.

Two explosions at Brussels Airport and one at Maelbeek Metro station, close to the EU headquarters in the city centre, have also left several injured, including one Israeli.

Chief Rabbi Goldschmidt, president of the Conference of European Rabbis said: “We are united in prayers at this hour with the family of the victims and the injured in Brussels.

“This latest act of war of Islamic fascism against the capital of Europe and against all the values and liberties it represents is another chapter of the struggle between the forces of light and of darkness in our time.

“As in the biblical story of Esther, which will be read in all the synagogues later this week, evil can and will be destroyed only by recognising it, and fighting it.

“A United Europe has to gather its strengths in unity and in determination to face and fight this evil on all fronts, in the media, on the borders, in the mosques and in the markets.”

Meanwhile, the European Jewish Congress issued a statement on “yet another shocking, appalling and deadly attack on innocent Europeans by radical terrorists.”

Dr Moshe Kantor, president of the EJC, said: “These attacks on an airport, train system and outside European Union institutions are shots at the heart of Europe.

“These are attacks against all that we stand for. All Europeans, regardless of background must stand together and expel this terror and intolerance from our midst.

“We can no longer ignore the fact that radical Islamists are at war with Europe and all Europeans and we call on our governments and law enforcement agencies to act accordingly.

“We have been exposed for too long and now we must strike back at the terrorist infrastructure including those who support it economically, and those who inspire and provide it legitimacy.”

A statement from the Board of Deputies of British Jews said: “While details continue to emerge regarding the explosions in Brussels today, it appears increasingly clear that these were premeditated attacks in the heart of Europe, targeting innocent people going about their travels.

“These heinous attacks, which are sadly becoming disturbingly common on our continent, highlight the absolute necessity of robust international co-operation in the fight against trans-border terror. Great responsibility also lies with European societies to stand united in the face of a vicious and divisive ideology.

“This morning the Board is in touch with communal colleagues based in Brussels, namely the European Jewish Congress, World Jewish Congress and American Jewish Committee, and we continue to monitor the situation.”

British Chief Rabbi Ephraim Mirvis said: “Once again, with inhuman brutality and disregard for the sanctity of life, terrorists have murdered and maimed innocent men and women in Europe. But, while they rejoice in the pain that that they have visited upon us, we will not be cowed. If anything, they have strengthened our commitment to the values of peaceful coexistence, democracy, the rule of law and human dignity. Our resolve cannot be broken by terror, whether it strikes in Israel, Turkey, Paris or Brussels.”