The Far Right Is Rising And Anti-Semitism Is Back In Europe. How Short Is Our Collective Memory? 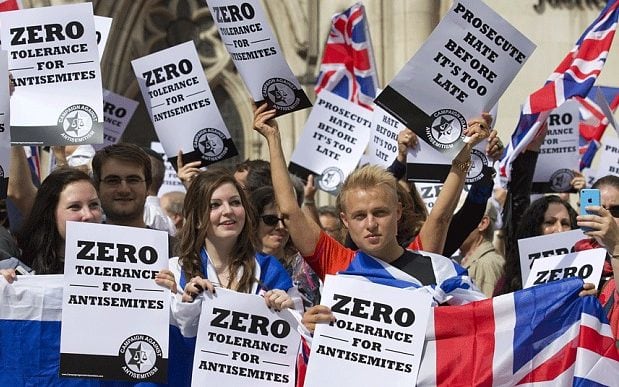 Charles Dickens famously wrote that “it was the best of times, it was the worst of times”. In the past week we have seen the worrying results of research into Muslim opinions conducted by ICM/Channel 4, together with Sir Trevor Philips. We are witnessing on a daily basis the exposure of the anti-Semitism corroding the British Labour Party. We are still digesting recent far-Right political gains across Europe.

For many Jews and believers in Western liberal values living in Britain and across Europe today, the opening line from A Tale of Two Cities seems more apt than ever.

We therefore have to ask ourselves some difficult questions. What, if anything, connects the different faces of intolerance that we are seeing in Europe today and what can we do about it?

Living in the developed world in the 21st century is a golden time for civilisation. We have more rights and freedoms than ever before; technology has improved almost every aspect of our lives and our standards of living are at an all time high. In addition, Jews and other minorities living in cities across the UK and Europe have never before had the religious freedoms, business opportunities and political equality we enjoy today.

And yet, there is a disease rotting away at the very fabric of our society. This disease has many forms – it can come from right wing neo-Nazis, the Left-wing liberal intelligentsia or from Islamic fundamentalists . It is sometimes obvious and blatant. At other times it is quiet and subtle. The symptoms are intolerance, prejudice and hatred. More often than not, as the ICM/Channel 4 poll has shown, the hatred is aimed at Jews. But, as the same research and others also shows, all members of society who believe in freedom, tolerance and Western liberal values are at risk of an existential challenge to our way of life.

We are today living in a world where, according to ICM/Channel 4, half of Muslims surveyed want homosexuality banned. When a third of British Muslims believe “Jews have too much power in the UK” and a quarter believe Jews are responsible for the world’s current wars.

We are living in a world when a Labour councillor, Aysegul Gurbuz, in this country, can publicly call Adolf Hitler “the greatest man in history” and has said she hoped Iran would use a nuclear weapon to “wipe Israel off the map”. She can even get elected, as she did last year, despite having sent anti-Semitic tweets in 2013. And her case is far from isolated or unique in the modern Labour Party, or across Left-wing parties operating in the European Parliament and other European democracies.

We are living in a world where far-Right parties like Jobbik in Hungary, Golden Dawn in Greece and Marie Le Pen’s Front National in France are gaining in popularity. Germany’s NDP won a seat in the European Parliament and the country’s right-wing AfD made substantial gains last month in Germany’s regional elections. It seems we all have very short memories.

While the far Right, far Left and Islamists are united only by their disdain and hatred of Jews, there are solutions that apply to each demographic. Broadly speaking, there are two of them in fact: education, and legislation.

We need to go back to basics and ensure that all our children are taught in nurseries, schools, religious institutions and universities the importance of tolerance and respect for other communities. No child should grow up being exposed only to the narrow views of his or her parents. We need to end our destructive obsession with political correctness and break down barriers in closed communities. This applies to the Islamic fundamentalist from Pakistan living in Tower Hamlets, to the so called liberal socialist living in Islington and the neo-Nazi sympathizer in Cologne.

It is also clear that our current legislative frameworks across Europe are not fully fit for purpose in tackling the threats to our civilisation we face today. We need a fundamental review of the legal system. We need to respect and protect freedom of speech, but not at the expense of common sense. Currently it is simply too easy to incite violence, recruit jihadists, terrorise Jewish students on campus and spread racist lies online. The preachers of hate must not be allowed to act with impunity. Yes, we must debate them in public and challenge their ignorance with ideas, but we also need the full weight of the law as well.

The challenges we face are many, but they are not insurmountable. We must encourage our leaders to act, to take the necessary steps to break down the barriers of intolerance through education and to strengthen our legal system in order to safeguard our way of life.

Moshe Kantor is President of the European Jewish Congress and European Council on Tolerance & Reconciliation.