Jewish Leader: Europe Is Suffering Collective Amnesia Over The Rise Of Anti-Semitism 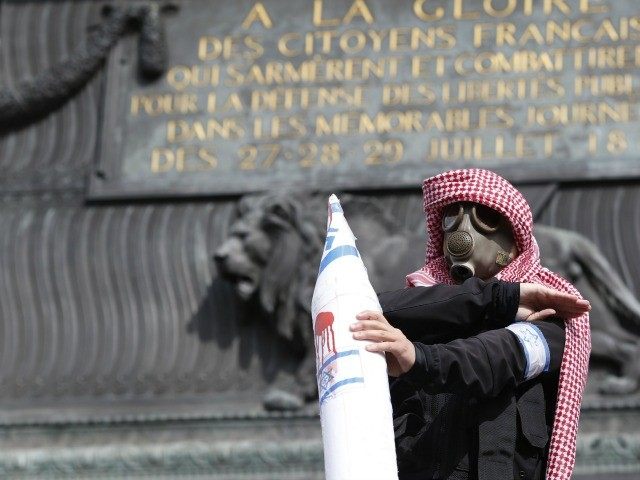 The corrosive power of anti-Semitism is something Europe is forgetting at its peril, a Jewish leader has warned, adding that its symptoms are intolerance, prejudice and hatred specifically “aimed at Jews.”

Moshe Kantor, president of the European Jewish Congress, issued his warning in an op-ed contributed to the London Daily Telegraph. In it he outlined his fears for the Europe of today and tomorrow, writing;

“There is a disease rotting away at the very fabric of our society. This disease has many forms – it can come from right wing neo-Nazis, the Left-wing liberal intelligentsia or from Islamic fundamentalists. It is sometimes obvious and blatant. At other times it is quiet and subtle. The symptoms are intolerance, prejudice and hatred. More often than not…the hatred is aimed at Jews.”

Extremist groups are quickly gaining popularity across Europe, and are “united only by their disdain and hatred of Jews,” according to Mr. Kantor. In the UK, “[W]e are witnessing on a daily basis the exposure of the antisemitism corroding the British Labour Party.” In Hungary, Greece, France and Germany, he added, antis-Semitic parties are increasing in power. “It seems we all have very short memories,” Kantor wrote.

Referencing a recent poll indicating a third of British Muslims believe Jews control the media, banks and global wars, Mr. Kantor maintained these attitudes are an example of one of “the different faces of intolerance that we are seeing in Europe today.”

Kantor said European legislators “are not fully fit for purpose in tackling the threats to our civilization we face today.” He issued a call to educators and legislators to fight against hate. “We need to respect and protect freedom of speech, but not at the expense of common sense. Currently it is simply too easy to incite violence, recruit jihadists, terrorize Jewish students on campus and spread racist lies online. The preachers of hate must not be allowed to act with impunity,” he wrote.

Claiming the challenges posed by anti-Semitism are many, Mr. Kantor nevertheless said “they are not insurmountable” and the world must “break down the barriers of intolerance…in order to safeguard our way of life.”

Mr. Kantor’s warning came on the same day former Mayor of London Ken Livingstone rebutted claims that the UK Labour Party has a problem with anti-Semitism.

Mr. Livingstone told the Ham and High that he has “never heard anyone in the party say something anti-Semitic in nearly 50 years and it is not happening on a grassroots level”.

Mr. Livingstone, who was suspended from office in 2006 after comparing a Jewish journalist to a concentration camp guard, added: “Anyone who criticises the Israeli government is getting smeared as being anti-Semitic.”

As Breitbart London has reported, claims that the UK Labour Party is home to a distinct strain of anti-Semite are not new. Just this week David Miliband, the former foreign secretary, called anti-Semitism “repulsive” and warned it must be exposed and defeated, amid growing controversy over attacks against Jews from within the UK Labour party.

On Sunday party leader Jeremy Corbyn confirmed he had launched an internal inquiry into the matter, saying that any Labour member committing an act of anti-Semitism would be automatically excluded from the party. Speaking on the BBC’s Andrew Marr Show, he said:

“Anti-Semitism is absolutely abhorrent and wrong. Anyone that commits any act of anti-Semitism, that makes anti-Semitic remarks, is auto excluded from the party and an inquiry follows immediately.

“We have suspended, we will suspend, any member that behaves in that way.”