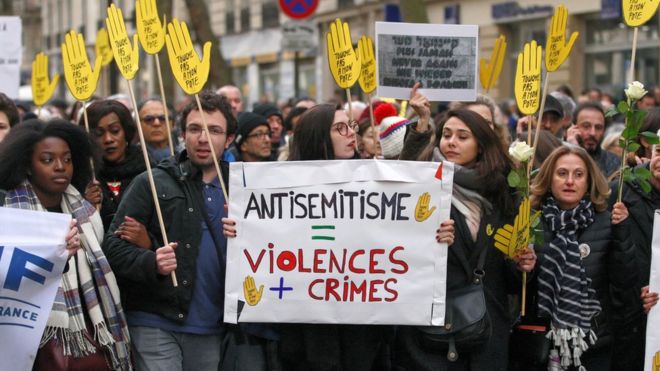 Europe’s collective memory of the deathly power of antisemitism is quickly disappearing, a Jewish leader wrote in an op-ed in The Telegraph on Thursday.

Moshe Kantor, president of the European Jewish Congress, opined: “There is a disease rotting away at the very fabric of our society. This disease has many forms — it can come from right wing neo-Nazis, the Left-wing liberal intelligentsia or from Islamic fundamentalists. It is sometimes obvious and blatant. At other times it is quiet and subtle. The symptoms are intolerance, prejudice and hatred. More often than not…the hatred is aimed at Jews.”

Extremist groups are quickly gaining popularity across Europe, and are “united only by their disdain and hatred of Jews,” according to Kantor. In the UK, “[W]e are witnessing on a daily basis the exposure of the antisemitism corroding the British Labour Party.” In Hungary, Greece, France and Germany, he added, far-right, antisemitic parties are increasing in power. “It seems we all have very short memories,” Kantor wrote.

Referencing a recent poll indicating a third of British Muslims believe Jews control the media, banks and global wars, Kantor asserted that these attitudes are an example of one of “the different faces of intolerance that we are seeing in Europe today.”

Kantor said European legislators “are not fully fit for purpose in tackling the threats to our civilization we face today.” He issued a call to educators and legislators to fight against hate. “We need to respect and protect freedom of speech, but not at the expense of common sense. Currently it is simply too easy to incite violence, recruit jihadists, terrorize Jewish students on campus and spread racist lies online. The preachers of hate must not be allowed to act with impunity,” he wrote.

Claiming the challenges posed by antisemitism are many, Kantor nevertheless said “they are not insurmountable” and the world must “break down the barriers of intolerance…in order to safeguard our way of life.”