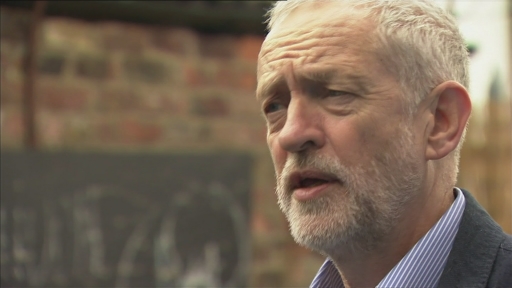 Jeremy Corbyn denied that his party has a “problem” with anti-Semitism after Ken Livingstone was accused of being a “disgusting Nazi apologist” by a fellow Labour MP.

In a day of unprecedented turmoil, the Labour leader suspended Mr Livingstone after he invoked Hitler to defend a colleague over anti-Semitic remarks and claimed that there was a “well-orchestrated campaign” against the party by the “Israel lobby”.

Mr Corbyn, who maintained that there was “no crisis” despite 39 backbenchers and members of the shadow cabinet attacking his handling of the scandal, enraged his MPs further by suggesting that the row has been created by his opponents because they are nervous and jealous of his power.

Mr Livingstone became the second figure to be suspended from the party in as many days after he said that it is “over the top” to “think of anti-Semitism and racism as exactly the same thing”.

His comments led to a face-to-face confrontation with John Mann, a Labour MP, who told Mr Livingstone on live television that he was a “disgrace” and a “Nazi apologist”.

“Let’s remember when Hitler won his election in 1932, his policy then was that Jews should be moved to Israel. He was supporting Zionism – this before he went mad and ended up killing six million Jews.

“The simple fact in all of this is that Naz made these comments at a time when there was another brutal Israeli attack on the Palestinians.

“As I’ve said, I’ve never heard anybody say anything anti-Semitic, but there’s been a very well-orchestrated campaign by the Israel lobby to smear anybody who criticises Israeli policy as anti-Semitic. I had to put up with 35 years of this.”

Mr Corbyn took more than five hours to response to the crisis, with a former member of the shadow cabinet claiming it was because one of his “close allies [was] up to their necks in anti-Semitism again”. Another MP accused Mr Corbyn of lacking leadership on the issue.

Tom Watson, Labour’s deputy leader, warned that the row could cost Labour hundreds of seats at next week’s local elections.

The Labour leader faced further criticism after it was claimed members of his inner circle demanded that Mr Mann was also suspended from the party for hitting out at Mr Livingstone.

Seumas Milne, Mr Corbyn’s most senior adviser, is said to have claimed Mr Livingstone “has a point”, prompting calls for his resignation.

Facing the most damaging scandal of his leadership so far, Mr Corbyn said: “No, there is not a problem. We are totally opposed to anti-Semitism in any form within the party.

“The very small number of cases that have been brought to our attention have been dealt with swiftly and immediately, and they will be.”

He added: “The party membership is the biggest it has been in my lifetime. There are 400,000 individual members, there’s 100,000 affiliated supporters, there are three million affiliated trade union members.

“It’s a very big organisation and I suspect that much of this criticism that you are saying about a ‘crisis’ in the party actually comes from those who are nervous of the strength of the Labour Party at local level.”

As the row deepened, Atma Singh, a former adviser to Mr Livingstone accused him of “racist bullying of the most vicious kind”.

David Abrahams, a major party donor, withdrew his support for the party over the anti-Semitism scandal.

Mr Livingstone’s eventual suspension came after he took to the airwaves for a series of interviews in an attempt to defend Bradford West MP Ms Shah from allegations of anti-Semitism.

Ms Shah was suspended on Wednesday pending an investigation into controversial social media posts about Israel which she made before becoming an MP.

But Mr Livingstone insisted that while her remarks were “over the top”, she was not anti-Semitic, and that he had never encountered anti-Semitism in 40 years in the Labour Party.

He sparked fury among colleagues by going on to claim that Hitler had supported Zionism “before he went mad and ended up killing six million Jews”.

Within minutes of his BBC London interview, Labour MPs – including several members of the shadow cabinet – were queuing up to demand his suspension or removal from the party.

A number of Jewish groups called for Mr Livingstone’s immediate expulsion from Labour.

David Cameron and Boris Johnson last night hit out at Mr Corbyn for his handling of the scandal.

“It is quite clear that the Labour Party has got a problem with anti-Semitism,” the Prime Minister said.

“I think they have got to recognise that anti-Semitism is like racism, it is unacceptable in a modern political party and every political party facing this problem has got to deal with it.”

And Mr Johnson said that Labour “has become infected by a “virus of anti-Semitism”. “There is an ideological continuum between Ken Livingstone about Israel and the position of Jeremy Corbyn,” he added.

It was claimed yesterday that Mr Corbyn and his team prevaricated over Mr Livingstone’s suspension for so long because he is such a close ally of the Labour leader.

Sources alleged that the Labour leader’s inner circle then demanded that Mr Mann was also suspended – only for the whips office to refuse. MR Corbyn’s team deny the allegation.

Mr Mann was eventually disciplined by Rosie Winterton, the chief whip, who told him it is “completely inappropriate” for MPs to be involved in public rows.

Mr Mann was hailed by Labour MPs, who said he “should have been given a medal” for confronting Mr Livingstone.

Michael Dugher, who was sacked from the shadow cabinet earlier this year, said: “The truth is yet again they’ve prevaricated because it was another of their close allies up to their necks in anti-Semitism again and we’ve had enough of this.

“Not only are they slow to act, but there’s a lack of dignity in how they suspended him. They can’t quite bring themselves to act on the anti-Semites within their own supporters.”

Wes Streeting, a backbench MP, said that he did not “understand how the Labour party could claim we don’t have a problem with anti-Semitism”.

He added: “When you take on the leadership you also take on the responsibility to lead and Jeremy Corbyn has not been as effective as he should have been.”

Dr. Moshe Kantor, President of the European Jewish Congress, has called on Jeremy Corbyn to institute a zero tolerance policy against antisemitism.

He said: “It is clear that if the recent comments about Jews would have been made against any other minority, the person would have been immediately suspended from the party.

“We are greatly disturbed that there appears to be a pattern emerging of a party which tolerates at best, and ignores at worst, a groundswell of antisemitism and we support those members of the Labour party who have expressed seriousness about ridding it of all forms of hatred, racism, xenophobia and antisemitism.” {…}