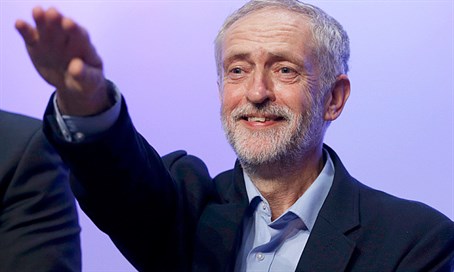 2015 annual report on anti-Semitism reveals beefed security may have lowered assaults, but Labour party and others lead a new war on Jews.

New research published on Wednesday reveals that over the course of 2015 violent anti-Semitic attacks against Jews decreased under increased security, but at the same time there was a serious rise in “institutional anti-Semitism.”

The study was the Annual Report on Anti-Semitism for 2015 by the Kantor Center for the Study of Contemporary European Jewry at Tel Aviv University, and it was released in a press conference at the university on Wednesday.

Dr. Moshe Kantor, President of the European Jewish Congress (EJC), spoke about the findings of the study and noted that a substantial decrease in violent anti-Semitic attacks was recorded, even as institutional anti-Semitism rose significantly.

“2015 was a difficult year for Europe in general and for the Jewish community in particular,” said Dr. Kantor.

Noting on Islamist terror attacks, he said, “the year began and ended in a sea of blood and terror, with the massacres at the Charlie Hebdo offices and the Hyper Cacher in Paris during January and the slaughter of 130 people in Paris during November.”

The reason for the drop in attacks according to Kantor was the massive deployment of security to Jewish institutions following the January attacks in Paris.

Proving his assertion he noted that at Jewish sites like cemeteries and memorials that were not given additional security the anti-Semitic incidents did not decrease at all, showing the drop in attacks was not due to a drop in anti-Semitic motivation.

Likewise he noted that in Central European and Scandinavian countries where security was not increased significantly for the Jewish community, the number of violent attacks did not notably decrease.

“Yet while violent anti-Semitic incidents have gone down, the anti-Semitic attacks and slander against the Jewish People as a whole remains at the same level and perhaps higher,” said Kantor. He noted on the massive anti-Semitism scandal currently surrounding the UK Labour party and the British National Union of Students. “These are very worrying developments in major institutions like mainstream political parties, student unions and university campuses, creating an environment of institutional anti-Semitism.”

“The recent events in the British Labour Party and the UK National Union of Students demonstrates that the Jews are once again targeted, this time by so-called progressive forces, when actually they uphold the most ancient and regressive of views and policies. I have long argued that the political spectrum is far more cyclical than we think and more and more elements of the far-Left have a lot in common with the far-Right, fascism and intolerance, especially regarding the Jews.”

After outlining the dangers of this type of “institutional anti-Semitism,” Kantor spoke about methods to combat the phenomenon, including a universally accepted definition of anti-Semitism that can be used by legal and law enforcement agencies. “Today we have an absurd situation where what constitutes anti-Semitism is defined by the anti-Semites,” Dr. Kantor said.

“Before combating anything the challenge first has to be defined. We will never be able to truly fight back against anti-Semites and significantly lower the levels of this newer insidious form of anti-Semitism until we define it.”