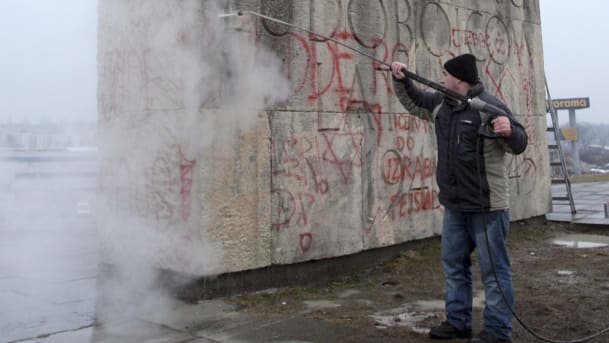 As reports of anti-Semitic remarks by European politicians take center stage, a report by Tel Aviv University’s Kantor Center sees a drop in violence against Jews, citing a far-right focus against the Continent’s migrant influx.

The number of anti-Semitic incidents worldwide declined in 2015 by nearly 50 percent compared to the previous year, hitting the lowest level in a decade, Tel Aviv University’s Kantor Center for the Study of Contemporary European Jewry said in a study released on Wednesday.

The center’s Annual Report on Anti-Semitism, compiled in collaboration with the European Jewish Congress, said it had recorded 766 incidents in 2014, while in 2015 the number decreased to 410.

“Jews fear for their future,” the center, headed by Prof. Dina Porat, had warned when it issued the 2014 report, which is called the worst year in a decade. But 2015 saw a total reversal. Causes of the decrease, according to the report, included the wave of Arab and Muslim migration to Europe, which “captivated the attention of the far right, both on the ground and on social networks, throughout 2015.”

Another reason the researchers found was stepped up security at Jewish facilities and institutions. The report also noted that the fear in Europe of terrorism originating from extremist Islamist groups “created an opening for identification with, or at least admiration for, the Jewish community and Israel.”

Canada, ironically, saw a rise from 20 to 32 incidents, while the level remained stable in the United States at around 80 violent incidents.

Dr. Moshe Kantor, president of the European Jewish Congress, said that “while violent anti-Semitic incidents declined, anti-Semitic attacks and libel against the Jewish nation in general remained at the same level and perhaps even rose a little.”

He spoke against the backdrop of the revelation of anti-Semitism in the British Labour Party.

“We are witness to very worrying developments in major institutions like centrist political parties, student associations and campuses, which generate an atmosphere of institutional anti-Semitism,” Kantor said.