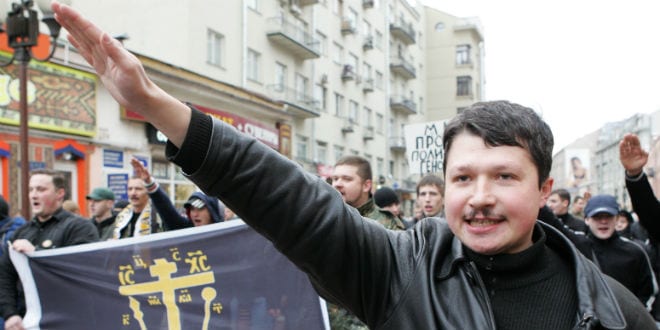 An annual report on the state of anti-Semitism worldwide had both good and bad news for 2015, as anti-Semitic incidents were down but institutional anti-Semitism rose, The Jerusalem Post reported Wednesday.

The Kantor Center for the Study of Contemporary European Jewry at Tel Aviv University conducted the research, which concluded that recorded incidents of anti-Semitic violence around the world dropped by 46 percent, with only 410 reported cases, down from 766 in 2014.

“The year began and ended in a sea of blood and terror, with the massacres at the Charlie Hebdo offices and the Hyper Cacher in Paris during January and the slaughter of 130 people in Paris during November,” Dr. Moshe Kantor, President of the European Jewish Congress and the report’s sponsor, said during a press conference at Tel Aviv University Wednesday.

While the report attributed the improvement in the rate of violence to the “massive amount of security around Jewish institutions” following January’s bloody attacks, it also notes that in “countries in Central Europe and Scandinavia where there was little increase in security, the number of incidents did not markedly decrease.”

On the other hand, Kantor stated, “institutional anti-Semitism” and “slander against the Jewish People as a whole” remained level or increased over 2015. He pointed particularly to the recent controversy surrounding the Labor party in the UK, where party member after party member has been suspended over anti-Semitic remarks.

“The recent events in the British Labor Party and the UK National Union of Students demonstrates that the Jews are once again targeted, this time by so-called progressive forces, when actually they uphold the most ancient and regressive of views and policies.

“I have long argued that the political spectrum is far more cyclical than we think and more and more elements of the far-Left have a lot in common with the far-Right, fascism and intolerance, especially regarding the Jews,” said Kantor.

Kantor suggested that to combat anti-Semitism, the Jewish community must first define its parameters, enabling law enforcement and legal experts to take steps against perpetrators.

“Today we have an absurd situation where what constitutes anti-Semitism is defined by the anti-Semites,” Dr. Kantor said. “Before combating anything, the challenge first has to be defined. We will never be able to truly fight back against anti-Semites and significantly lower the levels of this newer insidious form of anti-Semitism until we define it.”