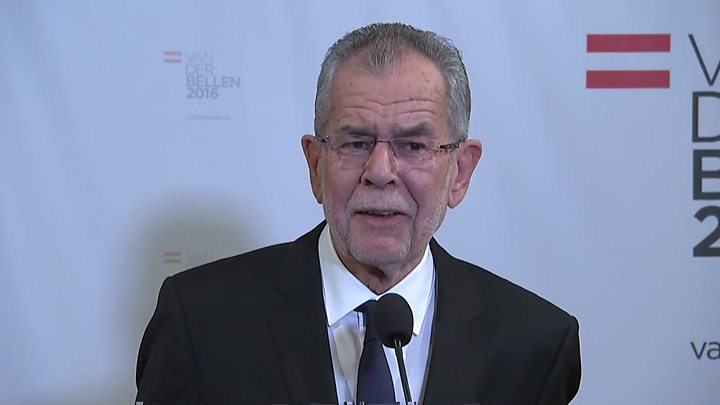 According to the polls, Mr Norbert, leader of the anti-immigrant Freedom Party, was well ahead of his rival, former Green Party spokesman Alexander van der Bellen, going into the second round of voting.

If he wins, he will be the first far-right leader of Austria since the Second World War.

Jewish groups and activists have spoken of their concern at the prospect of a Hofer victory.

Moshe Kantor, president of the European Jewish Congress, described the situation as “deeply troubling… That a country at the heart of Europe can show such support to the far right barely 70 years on from the Holocaust shows that our collective memories are failing.”

The Board of Deputies also voiced its “deep concern” over the rise of Austria’s xenophobic right.

According to the Austrian Forum Against Antisemitism, reported incidents involving hatred of Jews increased in the country last year by more than 80 per cent, to 465.

Mr Hofer won 36 per cent of the vote in the first round of voting in April, against 20 per cent secured by Mr van der Bellen.

His popularity has been fuelled by Austrians’ fears about the arrival of thousands of migrants in their country. More than 90,000 people – mostly Muslims – applied for asylum last year.

Mr Hofer, who has worked as an engineer and is known to be a proud gun-owner, has pledged to stop the “Muslim invasion”.

Far-right parties across Europe will be boosted if Mr Hofer wins.

The 49-year-old politician would not be the first controversial Austrian president. Kurt Waldheim, the former UN secretary general who was elected in 1986, was revealed to have served as a young man in the Wehrmacht during the Second World War.