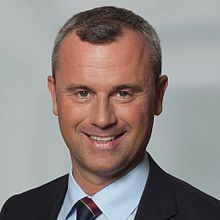 European Jewish leaders expressed their relief on Tuesday after the narrow loss of the far-right candidate in Austria’s presidential elections earlier in the week.

Oskar Deutsch, head of Vienna’s Jewish community, praised the country’s incoming president, independent candidate Alexander Van der Bellen, as “a good friend for many years to the Jewish community and a very good friend to the state of Israel,” the JTA reported on Monday.

Ven der Bellen – a Green Party politician who ran as an independent – narrowly defeated Norbert Hofer of the country’s Freedom Party (FPO) in a runoff on Sunday, garnering 50.3 percent of the vote to Hofer’s 49.7 percent. While the FPO has been linked to the neo-Nazi movement, it’s an accusation which the party denies. Hofer campaigned against migrants and “Islamisation” and sought lower taxes and increased gun rights. Voter turnout was high at 71.8 percent of 6.4 million eligible voters.

The President of the Conference of European Rabbis, Rabbi Pinchas Goldschmidt, said the election results are “a clear sign that Europe is beginning to realize that hate and fear politics are not the answer to the many challenges we are facing as a continent.”

Moshe Kantor, president of the European Jewish Congress (EJC), said in a statement on Monday that the small margin by which Van der Bellen won shows just how many in Austria still support the far-right. “While we are certainly satisfied with the result, there is little room to celebrate the high level of support for someone with such extremist views as Norbert Hofer. Unfortunately, the dissatisfaction with the moderate mainstream parties is providing oxygen to those like Hofer [and the FPO],” he said.

Kantor warned that far-right, nationalist parties are growing in popularity across Europe, “so it is incumbent on the more centrist parties to use this as a wake-up call and listen to the grievances of the people.”

According to the EJC, there are approximately 15,000 Jews in Austria today, with a majority living in Vienna.