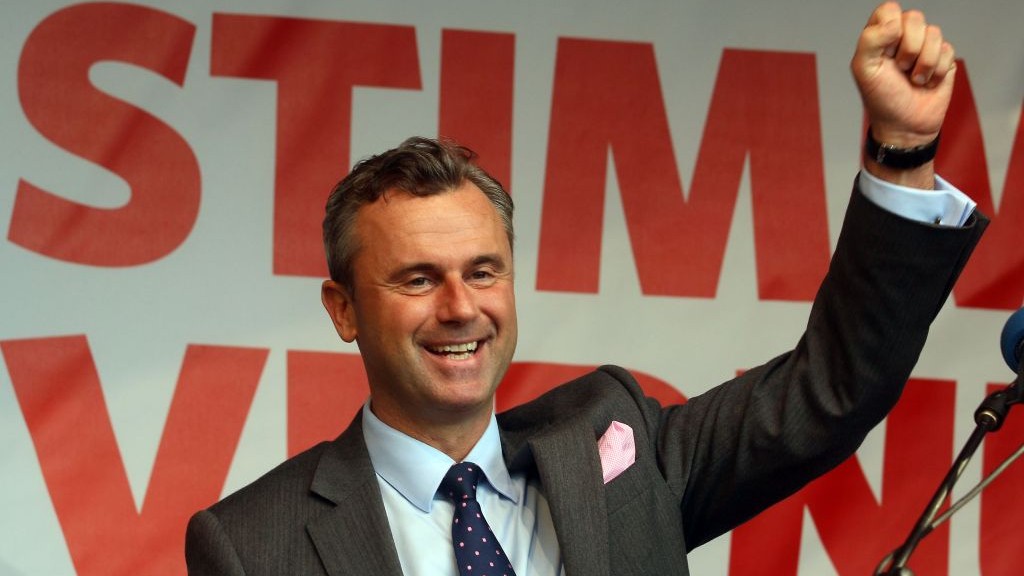 The Jewish Community of Vienna has shunned the Freedom Party, which it regards as having problematic ties to neo-Nazis. Party Chairman Heinz-Christian Strache has denied the allegations and recently visited Israel, where he met with Likud Party officials. In 2012, Strache apologized for posting on Facebook a caricature depicting an obese, hook-nosed banker wearing star-shaped cufflinks.

Oskar Deutsch, president of the Jewish Community in Vienna, said: “I am very happy that van der Bellen won the election. He happens to be a good friend for many years to the Jewish community and a very good friend of the State of Israel.” He also said he is “happy the other candidate didn’t win.” Many Austrians voted for Hofer out of protest against the government and “not because they are sympathetic to the FPO,” Deutsch said.