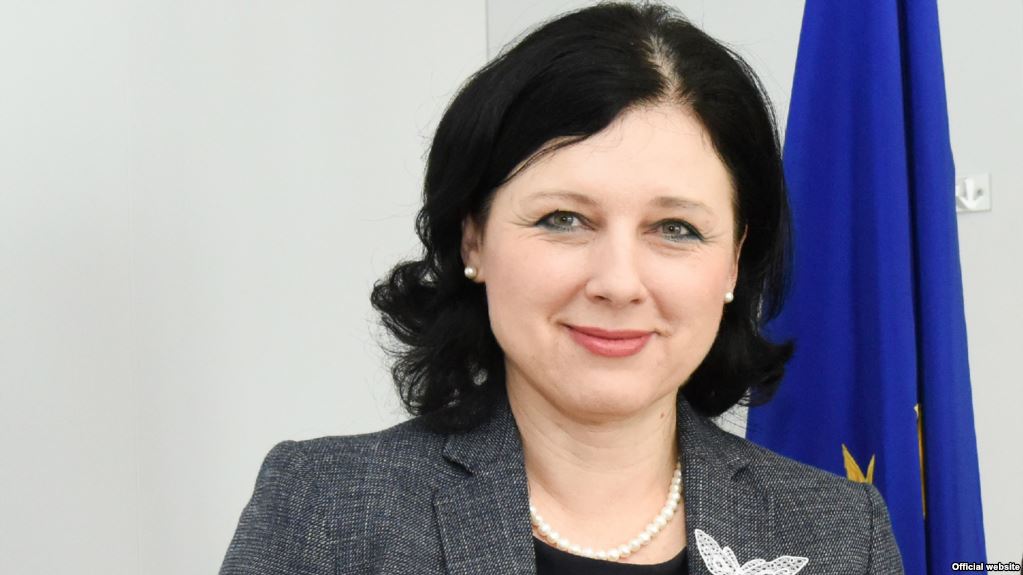 EU Commissioner Vera Jourova:”The Internet is a place for free speech, not hate speech. The Code of Conduct against illegal online hate speech, agreed with IT companies today, will ensure that public incitement to violence to hatred has no place online.”

Facebook,Twitter,YouTube and Microsoft have agreed to an EU code of conduct to combat the spread of illegal hate speech online in Europe ‘’within 24 hours in Europe’’ as social media is one of the tools that terrorist groups use to radicalize young people.

The signatories to the code of conduct commit themselves to accept EU law, which prohibits incitement to violence and hatred as well as denying the Holocaust and other genocides, as the relevant benchmark for deciding whether posts have to be removed.

EU governments as well as Jewish groups have been calling on social platforms to crack down on rising online racism following the refugee crisis and terror attacks, with some even threatening action against the companies.

As part of the pledge agreed with the European Commission, the EU’s executive body, the web giants will review the majority of valid requests for removal of illegal hate speech in less than 24 hours and remove or disable access to the content if necessary. They will also strengthen their cooperation with civil society organizations who help flag hateful content when it goes online and promote “counter-narratives” to hate speech.

“The recent terror attacks have reminded us of the urgent need to address illegal online hate speech. Social media is unfortunately one of the tools that terrorist groups use to radicalize young people,” said Vera Jourova, European Commissioner in charge of Justice, Consumers and Gender Equality, at a daily press briefing of the Commission. “The Internet is a place for free speech, not hate speech. The Code of Conduct against illegal online hate speech, agreed with IT companies today, will ensure that public incitement to violence to hatred has no place online,’’ she added.

The definition of illegal online content is based on the Framework Decision on Combatting Racism and Xenophobia which criminalises the public incitement to violence or hatred directed against a group of persons or a member of such a group defined by reference to race, colour, religion, descent or national or ethnic origin.

Daniel Schwammenthal, Director of the AJC Transatlantic Institute, declared : “For too long, social media companies claimed their ‘community standards’ are sufficient to deal with the haters on their platforms. For too long, users flagging posts such as ‘Kill all Jews’ were frequently told though such calls to murder didn’t violate these same ‘community standards.’ We hope this agreement will help ensure social media platforms are no longer abused by those who threaten people’s lives and the very values our free societies are built on.’’ “We trust the European Commission and EU Member States will monitor closely whether this agreement is properly implemented and take the appropriate measures should the code of conduct prove to be ineffective,” he added.

“This is a historic agreement that could not arrive at a better time,” said European Jewish Congress President Moshe Kantor. “We have seen a massive growth of online hate speech and incitement in recent years and it is very important that governments, law enforcement agencies and online companies work in tandem to make the internet a safer space for all.”

“It has been demonstrated that many of those who have shed blood on the streets of Europe in recent years have been indoctrinated online, so hopefully this agreement can cut off a means of recruitment into extremist organizations.”