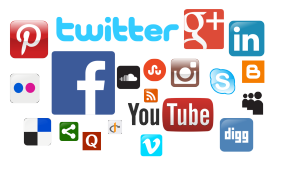 The problem that Facebook, Twitter and other social-media outlets need to tackle is not merely hate speech, but incitement that leads to murder in the streets of Jerusalem and Tel Aviv, an Israeli lawfare warrior told The Algemeiner on Tuesday.

Attorney Nitsana Darshan-Leitner, founder and chairwoman of Shurat HaDin-The Israel Law Center, was responding to the release of a “Code of Conduct on Countering Illegal Hate Speech Online,” a document produced by the European Commission (EC) and signed by Facebook, Microsoft, Twitter and YouTube.

The social-media giants in question, said Darshan-Leitner, who is in the midst of conducting a class-action suit against Facebook in the United States, “have to do something real, not just pay lip service to the European Commission. In order to put a stop to incitement, they have to be vigilant about locating, monitoring and removing it. Signing a document and patting themselves on the back for doing so has no meaning whatsoever.”

Using the 2008 EC “Framework Decision” definition of hate speech, the Code of Conduct refers to it as “all conduct publicly inciting to violence or hatred directed against a group of persons or a member of such a group defined by reference to race, colour, religion, descent or national or ethnic origin.”

The document goes on to state that the EC and IT companies (Facebook, Microsoft, Twitter and YouTube) “also stress the need to defend the right to freedom of expression, which, as the European Court of Human Rights has stated, ‘is applicable not only to “information” or “ideas” that are favourably received or regarded as inoffensive or as a matter of indifference, but also to those that offend, shock or disturb the State or any sector of the population.’”

As Darshan-Leitner – listed last year by both Forbes and Israeli financial newspaper Globes as among Israel’s 50 most influential women – told The Algemeiner last October, “Though freedom of expression is a democratic ideal, both morally and legally, it cannot be without limits.”

At the time, she also scoffed at the notion that the massive traffic on social media makes combating incitement and antisemitism almost impossible.

“It is ridiculous to say that Facebook cannot monitor these things,” she said. “Notice its millions of algorithms that know exactly what you like to wear and eat, who your friends are, what music you’re interested in, etc. How else do ads aimed specifically at you mysteriously appear in your feed and on the side of the page? If it’s got algorithms for consumer purposes, it can have algorithms for other purposes, as well.”

European Jewish Congress President Moshe Kantor had the opposite reaction to the EC initiative and signing by IT companies.

“This is a historic agreement that could not arrive at a better time,” he told the UK’s Jewish Chronicle on Tuesday. “We have seen a massive growth of online hate speech and incitement in recent years and it is very important that governments, law enforcement agencies and online companies work in tandem to make the internet a safer space for all.

“It has been demonstrated that many of those who have shed blood on the streets of Europe in recent years have been indoctrinated online, so hopefully this agreement can cut off a means of recruitment into extremist organizations.”

Darshan-Leitner is currently in New York, where she is waiting for the next court hearing on her suit against Facebook, to be held in two weeks.