Big Tech Vows To Take On Hate Speech In Europe 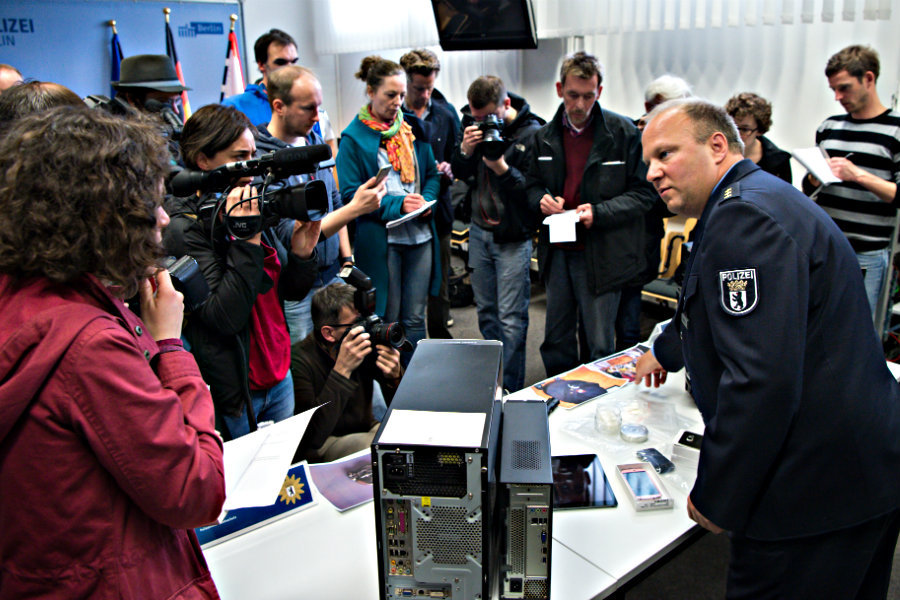 A group of worldwide tech giants, including Google and Facebook, have agreed to work with the European Union to crack down on hate speech online.

A number of tech giants agreed on Tuesday to work together with the European Union to enforce a new code of conduct regarding hate speech, in order to counter a rise in online racism following the terrorist attacks of the past year and the ongoing refugee crisis in Europe.

The group, which includes Facebook, Twitter, Google, YouTube, and Microsoft, agreed to review and take down hate speech content online within 24 hours. Individual European countries have been in contact with social media platforms for some time, as concerns about hate speech proliferate.

“The recent terror attacks have reminded us of the urgent need to address illegal online hate speech,” said EU Justice Commissioner Vera Jourova, according to Reuters. “Social media is unfortunately one of the tools that terrorist groups use to radicalize young people.” This ongoing discussion about the merits of free expression and the protection of individuals from the threat of discrimination has provoked strong feelings on either side of the debate.

Europe and the United States have traditionally construed free speech and expression on the Internet somewhat differently. In the US, free speech is protected by the First Amendment, even if offensive, unless that speech is directed against a specific individual or specifically threatens harm against an individual.

According to the Council of Europe’s Manual on Hate Speech, freedom of expression, unlike freedom of thought, is not an absolute right. Furthermore, although the European Convention on Human Rights protects free speech, it also provides for reasonable legal restrictions in the face of crime or disorder. While it may be easy to be concerned about Europe’s approach to the freedom of expression, Europe has a cultural legacy regarding hate speech that many people elsewhere in the world may not appreciate, says Frederick Lawrence, a senior research scholar at Yale Law School.

Hate speech against certain religious, ethnic, or racial groups brings back memories of the rise of the Nazi party for many Europeans, Mr. Lawrence tells The Christian Science Monitor in a phone interview.

Although recent concerns about hate speech have mostly arisen because of Europe’s refugee crisis and recent violence in cities such as Paris and Brussels, a number of Jewish groups, including the European Jewish Congress, have been outspoken about the need to crack down on online abuse.

The European Jewish Congress praised today’s agreement, with its president Dr. Moshe Kantor saying, “This a historic agreement that could not arrive at a better time.”

Despite the praise the agreement has generated from many quarters, some, like human rights advocate Jacob Mchangama, the director of Copenhagen-based think tank Justitia, say that cracking down on hate speech could actually have a negative effect.

“It seems these companies were given ‘an offer they couldn’t refuse,’ and rather than take a principled stand, they’ve backed down fearing actual legislation,” Mr. Mchangama said in an e-mail to the Monitor. “And of course, how will global tech companies now be able to resist the inevitable demands from authoritarian states that they also remove content that these countries determine to be ‘hateful’ or ‘extremist’?” Mchangama also noted that some research, including a Norwegian study on right wing extremism in Sweden, suggests that muffled public debate can actually increase instances of hate speech and violence.

Yet Lawrence argues that by agreeing to crack down on hate speech, these tech companies are making a powerful statement about their values and the importance of condemning racist speech.