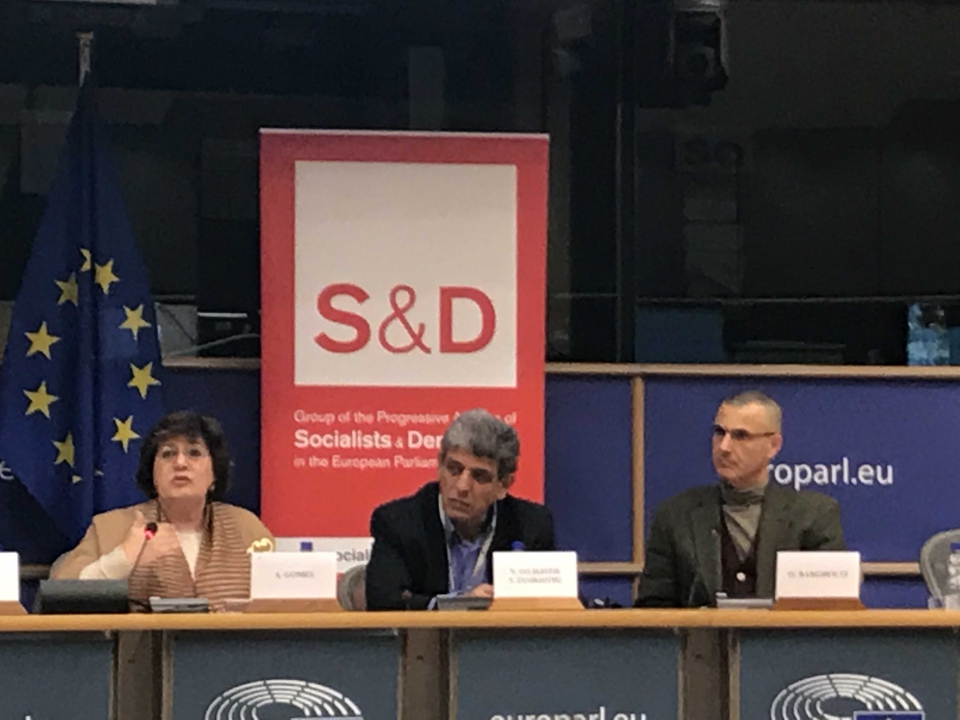 The European Jewish Congress has demanded that disciplinary action be taken against a British lawmaker at the European Parliament for a blatantly anti-Semitic remark.

“I can give you a list of all the things we attempted to do, the Israelis are all over this place like a rash,” MEP Martina Anderson from Northern Ireland said last week during a meeting at the parliament in Brussels on May 25, The Jerusalem Post reported on Tuesday.

“Once again we hear deeply offensive statements about Jews from a European public figure and we demand action,” Kantor said in a statement. “The comparison of Israelis, or more precisely Jews, to a disease is incitement and has its roots in neo-Nazi and far-Right discourse.”

“Thus demonstrating once again that the far-Left and the far-Right too frequently speak the same language and use the same terminology when referring to Jews or the Jewish state.”

Anderson, a former convicted terrorist with the IRA, who served part of a life sentence for her part in terror bombings, now represents the Sinn Féin party, which advocates independence for Northern Ireland from Britain.