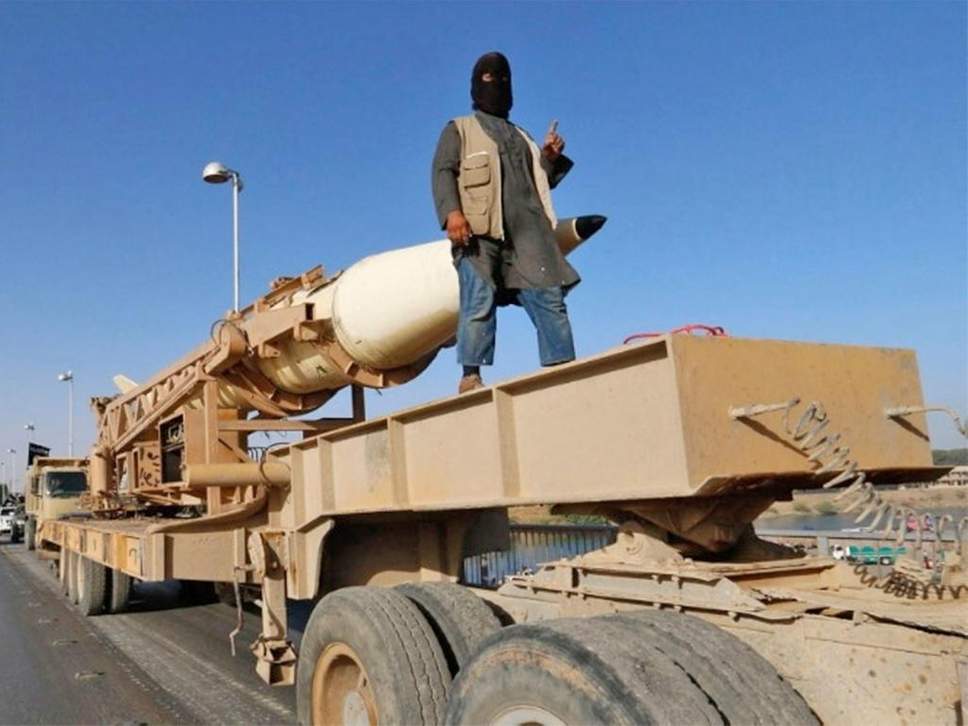 The threat of a terrorist attack using nuclear material is the highest since the end of the Cold War, with Isis actively trying to acquire weapons of mass destruction, according to a leading international think-tank on proliferation.

“Isis has already carried out numerous chemical weapons attacks in Syria; we know it wants to go further by carrying out a nuclear attack in the heart of Europe. This, combined with poor levels of security at a host of nuclear research centres in the former Soviet Union mean the threat of a possible ‘dirty-bomb’ attack on a Western capital is high,” said Moshe Kantor, the president of the International Luxembourg Forum.

The warning from the organisation, whose members include former government ministers and senior officials from Russia and the West, comes amid deep apprehension that jihadists will attempt to carry out atrocities during the impending Euro 2016 football championship in France. The forum is not suggesting that a terrorist nuclear attack is likely tmayo take place during the tournament, but Dr Kantor pointed out that the Islamist cell which carried out the Brussels attacks two months ago were believed to be monitoring workers and security arrangements at a Belgian nuclear facility.

“Their previous documented attempts to gain access to a nuclear power station in Belgium are evidence of their intent,” he stated at an international conference in Amsterdam. “The terrorists don’t necessarily have to use a ‘dirty bomb’. We are not just talking about stolen nuclear material, using conventional explosives in a nuclear plant, such as smuggling in a bomb, would have catastrophic consequences.”

Former British defence secretary Des Browne, a member of the forum and vice-chairman of the Nuclear Threat Initiative (NTI), said the threat of nuclear terrorism was a highly significant and complex issue which needed a unified international response. “It shouldn’t be a surprise that if terrorists get hold of nuclear material they will try to use it, we also know that they are seeking such material, there were reports, for example, of Isis getting hold of uranium when they captured Mosul,” he said.

“It isn’t that hard to build a ‘dirty bomb’. They may not kill that many people with such a bomb, but the effect on the environment, the infrastructure and the psychological impact on people would be devastating. They can also use cyber warfare to target a nuclear facility.”

The meeting in Amsterdam marks the 30th anniversary of the Reykjavik summit between US President Ronald Regan and Soviet leader Mikhail Gorbachev which paved the way for a historic missile treaty between the US and the Soviet Union. It comes after a nuclear conference hosted by President Barack Obama in Washington earlier this year which focused on the threat of a terrorist attack using nuclear material by Isis and other extremist groups following the Paris and Brussels attacks.

The President’s deputy national security adviser, Ben Rhodes, said: “We know that terrorist organisations have the desire to get access to these raw materials and to have a nuclear device.”

Around 2,000 metric tons of highly enriched uranium and separated plutonium, that is being used internationally in civilian and military programmes, could be turned into a nuclear bomb if stolen or diverted, said the White House. But fewer than half of the 50 countries attending the summit had even agreed to secure their sources of radiological material.

President Vladimir Putin refused to attend the Washington meeting with the Kremlin claiming it was an American attempt to take over the system of securing radioactive material. It was revealed last autumn that four attempts by Russian-linked gangs in Moldova, a former Soviet state, to sell nuclear material to terrorists, including Isis, has been foiled. Evidence laid before the courts by Moldovan authorities showed that the smugglers had tried to exploit a breakdown in cooperation between Russia and the West on security issues.

Pakistani President Nawaz Sharif also cancelled his Washington visit after an Islamist terrorist bombing killed 72 people. His country, which has a nuclear arsenal, and figures in the military and security establishment that are sympathetic to jihadists, is viewed by analyst as a prime source for a terrorist device.

President Obama had repeatedly stressed the danger of nuclear terrorism and his emphasis on nuclear disarmament was an important factor in him winning the Nobel peace prize. Months into his presidency, he said in a much publicised speech in Prague that nuclear weapons were “the most dangerous legacy of the Cold War”.

But in Amsterdam, Dr Kantor held that the current impasse on nuclear arms control was due to the stance of Washington. “The United States’ refusal to discuss limits for its missile defence programme is a bottleneck for talks, which impedes the entire process of controlling nuclear weapons and heightens the threat of a nuclear incident. If we take the matter seriously, there should be no ’sacred cows’ either among defensive or offensive weapons,” he argued.

In a video message to the conference, Mr Gorbachev, said: “We cannot be satisfied with the current situation, the window to a nuclear-free world first opened in Reykjavik, is being shut and locked before our eyes…The danger of nuclear weapons proliferation has grown to a large extent for this reason.”