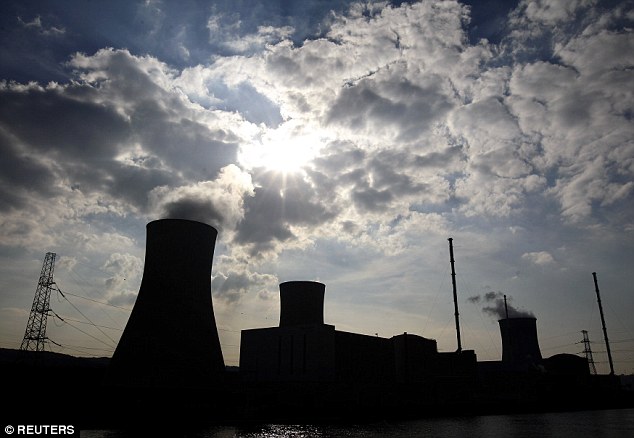 The threat of a ‘dirty bomb’ terror attack on a European city is at its highest level since the end of the Cold War, international nuclear experts have warned.

ISIS’s efforts to obtain nuclear materials, and continued threats to attack Western capitals contribute to experts’ analysis that the threat of a bomb is higher than ever.

ISIS has used chemical weapons in Iraq and Syria and militants linked to both the Paris and Brussels attacks had been studying a Belgian nuclear power plant.

‘We know it wants to go further by carrying out a nuclear attack in the heart of Europe.

‘This, combined with poor levels of security at a host of nuclear research centres in the former Soviet Union mean the threat of a possible ‘dirty-bomb’ attack on a Western capital is high.’

In March, it emerged that Brussels suicide bomber brothers Khalid and Ibrahim El Bakraoui had originally been considering an attack on a nuclear site in Belgium.

In what may have been preparation for an attack, the El Bakraoui brothers had filmed the daily routine of the head of Belgium’s nuclear research and development programme.

It is thought the brothers’ spying operation was possible preparation for a kidnap plot to force him to let them into one of Belgium’s two atomic facilities.

However, it is likely they switched targets to the less well-guarded Zaventem airport and Maelbeek Metro station after authorities became suspicious.

Also on Tuesday, the Kurdish military warned that ISIS are planning on using using chemical weapons in future suicide bombings.

Peshmerga General Akram Mohammed Abdulrahman said that while ISIS has previously used both chemical weapons and suicide bombings separately, they are now looking to combine them.

There have been previous reports of ISIS militants using mustard gas in their attacks on civilians in Iraq.

‘From our intelligence, there is evidence that they are prepared, so to speak, to combine these two tactics and develop a method to supply chemical weapons to suicide bombers to use on the front.