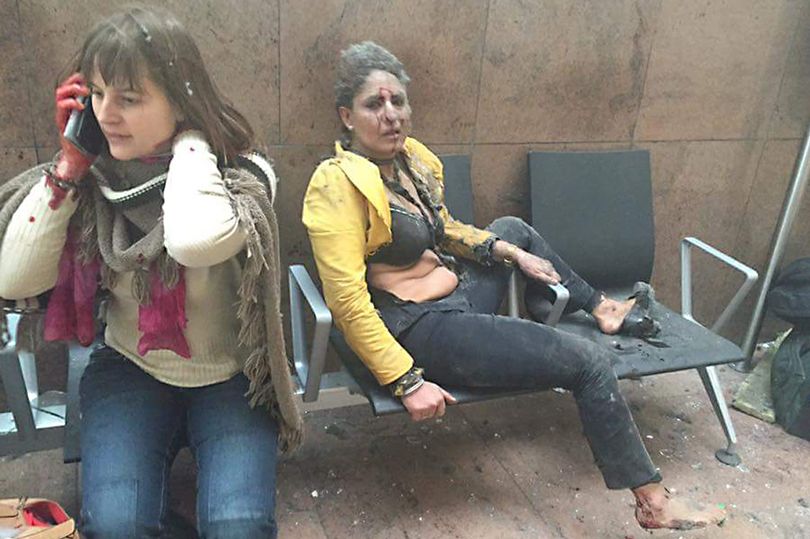 A ‘dirty bomb’ terror attack on a European city is more likely than at any time since the end of the Cold War, nuclear experts claim.

Islamic State terrorists want to seize nuclear materials to strike terror in the West and have already launched many chemical attacks in Iraq and Syria.

The group attacked rebels and government forces in Iraq and Syria and militants linked to both the Paris and Brussels attacks are thought to have studied a Belgian nuclear power plant.

Moshe Kantor, head of the Luxembourg Forum on Preventing Nuclear Catastrophe, warned: “ISIS has already carried out numerous chemical weapons attacks in Syria . We know it wants to go further by carrying out a nuclear attack in the heart of Europe.

“This, combined with poor levels of security at a host of nuclear research centres in the former Soviet Union mean the threat of a possible ‘dirty-bomb’ attack on a Western capital is high.”

He warned the US and Russia to co-operate on using their technological resources to monitor the illegal transportation of radioactive materials.

Brussels suicide bomber brothers Khalid and Ibrahim El Bakraoui had originally planned an attack on a nuclear site in Belgium and had filmed the routine of the head of Belgium’s nuclear research and development programme.

On Tuesday the Kurdish military warned IS is planning on using chemical weapons in future suicide bombings.

Chairman of the Defence Police Federation Eamon Keating spoke out as the civilian Ministry of Defence Police (MDP) faces a potential further reduction of 15% in its workforce.

He said: “There is the potential for a substantial skills gap that would affect the security of our most important defensive asset. Not only this, but service personnel used for guarding duties could not then be deployed for any other duties – even in the event of a crisis.

“The loss of officers will put defence assets at greater risk, and that is not a decision that should be taken to cut costs.”

There are currently around 2,600 MDP officers and the workforce was reduced by a third due to Coalition budget cuts in 2010.