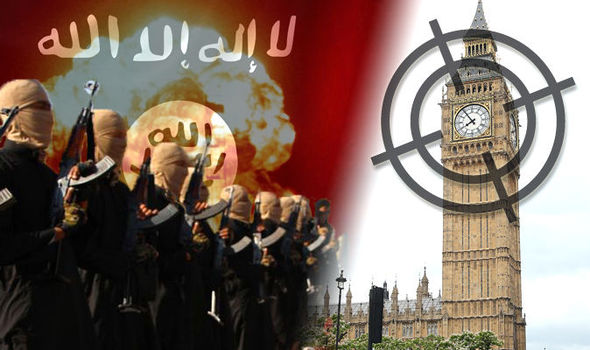 The Islamic State could launch a “dirty bomb” attack on a central European city at any moment, leading nuclear experts have warned

ISIS terror fanatics – who have been working to bolster their ranks with a team of jihadi scientists capable of creating a dirty bomb – have already launched chemical attacks in Syria and Iraq.

And now experts have said the jihadi death cult are looking to develop nuclear weapons that mark the biggest threat to Europe since the cold war.

“We know it wants to go further by carrying out a nuclear attack in the heart of Europe.

“This, combined with poor levels of security at a host of nuclear research centres in the former Soviet Union mean the threat of a possible ‘dirty bomb’ attack on a Western capital is high.”

The threat of ISIS developing a nuclear arsenal of its own was brought to a terrifying reality when it was discovered two of the Brussels suicide bombers had filmed the routine of the head of the country’s nuclear research and development programme.

And 25 years on from the end of the Cold War, the nuclear expert called on Russia and the US to merge their technological prowess to monitor the trafficking of illegal nuclear materials.

Earlier this year, David Cameron raised fears that the Jihadis are ready to launch a horrific nuclear attack on the West.

Cameron called on world leaders to address: “The issue of nuclear security and the security of nuclear materials, particularly when it comes to the problems of international terrorism, the concept of terrorists and nuclear materials coming together – which is obviously a very chilling prospect and something in the light of the Belgian attacks, we know is a threat that is only too real.

It comes as it was revealed that the security of Britain’s nuclear arsenal is at risk as the Government threatens to slash the already overstretched workforce charged with protecting the Trident missile system.

The Government is considering a further 15 per cent cut to staff within the Ministry of Defence Police force.

But Chairman of the Defence Police Federation Eamon Keating claimed the strained security unit is already “at the limits of its resources”.