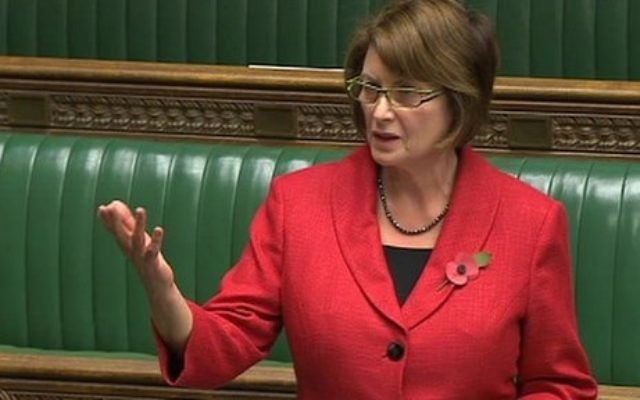 Louise Ellman, the Labour Cooperative MP for Liverpool Riverside, is one of five new Jewish Leadership Council vice presidents, three of them women, whose appointment was announced this morning.

The other women forming part of the JLC’s drive for greater women’s representation are Karen Pollock MBE and Dame Helen Hyde, both prominent Holocaust educators.

Also joining the council’s board are Dr Moshe Kantor, who has served as President of the European Jewish Congress for nine years, and David Dangoor – President of the Board of the Sephardi community.

Women still only make up five of the JLC’s sixteen-strong board – exactly equal to the number of Lords.

The appointments will nonetheless come as boost to the council, which has targeted women in leadership as a strategy priority.

The appointment of Louise Ellman, a Mancunian and one of two Jewish women MPs in Liverpool, will additionally boost relations between the community and the Labour Party, which has suffered under leader Jeremy Corbyn.

Discussing the appointments, Mick Davis, Chairman of the Board of Trustees said the appointments would help the JLC ‘seek advice from leaders from all walks of Jewish life’.

‘We are proud that we have been able to put this group together,’ he continued.